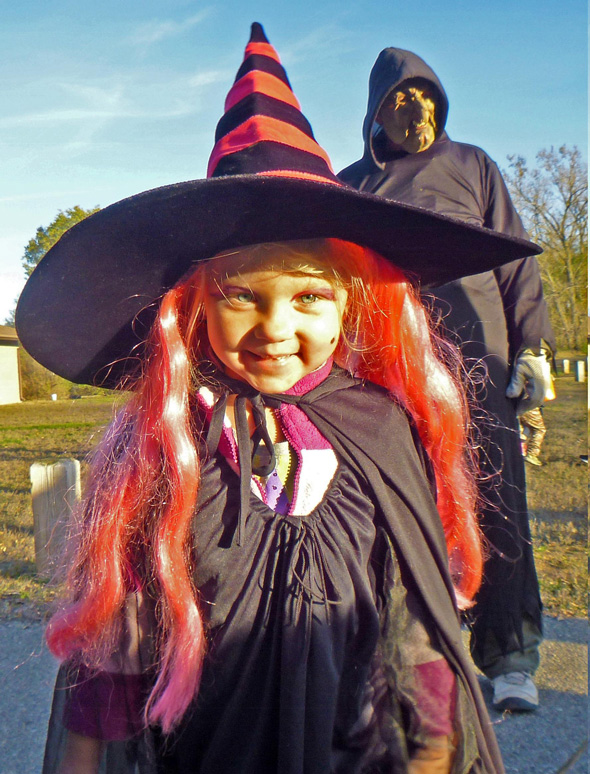 It is the time of year when the neighbourhood ghosts and goblins venture out into the early evening hours and wander the streets in search of tricks, treats, and all around good times of the family, friend, and sometimes frightening varieties. Halloween is a much-loved tradition for many and like everything important to us, it has its roots in cultural, religious, and practical history.

Starting with the basics, most of the Halloween traditions observed in North America have Celtic roots. The Celts in the UK and Western Europe formed an official society around 800 BCE, and held a celebration near the end of October called Samhain. The Samhain festival marked the end of summer and the time of year when the veil between this world and the after world was thinnest. It was believed that deceased relatives would come back to visit around Halloween by entering the body of an animal, such as a black cat.

To celebrate the harvest, Celts offered food to the Gods, and they acquired the food by going door to door and asking for it. At the same time, they would ask for kindling to contribute to the Samhain bonfire, which took place on the tops of hills for all to see. After the celebration, people would take an ember from the bonfire home to place in their own fires for protection and luck. Of course, they couldn’t carry an ember by hand so placed it in a hollowed gourd, and, because they were nervous about wandering after dark on such a spooky evening, they wore costumes to scare away evil spirits.

In current times, different cultures still put their own twists on Halloween. In Ireland, with the claim to Halloween’s original fame, people scramble off to parties after trick or treating, and there they play “snap-apple” where apples are strung up in a doorway and players attempt to bite the hanging apples. Parents sometimes arrange treasure hunts for pastries or candy, and many eat barnbrack—a kind of fruitcake that contains a muslin-wrapped treat that can tell a person’s future. Children also play “tricks” on the neighbours such as “knock-a-dolly,” the Irish equivalent to North America’s Nicky Nine Door.

Several European countries have specific Halloween rituals and some avoid the holiday altogether. In Austria, people welcome souls back to earth on Halloween night by leaving bread, water, and a lighted lamp on the table before heading off to bed. In Belgium, candles are also lit in memory of dead relatives, and Germans hide their knives on Halloween to protect themselves from murderous spirits.

In Czechoslovakia, chairs are placed fireside—one for each living family member and one for each member’s spirit. In English rural areas, turnip lanterns are placed on gateposts to protect homes from spirits, and if a pebble thrown into one of these flames is no longer visible by morning, it is said the pebble’s thrower will not survive the year. France has never really bought into the Halloween tradition, calling it an American holiday and a threat to its culture. Similarly, Britain prefers Guy Fawkes Day (Nov. 5) to Halloween, a day that commemorates the execution of a traitor with bonfires, fireworks, and burning effigies.

Asia is a different story altogether. In Hong Kong, Yue Lan (Festival of the Hungry Ghosts) is characterized by burning pictures of fruit or money, so these images reach and comfort the spirit world. In Japan, the Obon Festival commemorates dead relatives with candles and lanterns set to sail away on the rivers, and pathways between graves and doorways are swept clean to make way for ancestors returning to the birthplaces for the night. Koreans visit their ancestors’ tombs with fruits and rice during Chusok, and thank them for the fruits of their labour.

Mexico’s El Dia de los Muertos (Days of the Dead) celebrations are world renowned and have evolved and changed over the years. Families remember their dead and the continuity of life by creating altars in the home, with the deceased person’s photos, favourite foods, and drink, and by tidying the gravesites and adorning them with flowers and streamers. An abundance of special foods and drink, parades and street dances, and a generally festive atmosphere honours both life and death.

Just about everything we know and love about Halloween has roots someplace in history. When we step out for a magical evening of costumes and trickery, we seldom think of these, but some of us do take the time to create traditions of our own. What about you? Do you have a way to honour your family’s celebration of Halloween? Your own foods, costumes, rituals, or people to gather with? Halloween, even back to its roots in the harvest, life, and death, has evolved over culture, religion, and time, to become something many look forward to and cherish. Make merry in your own rituals, or consider starting one if you haven’t already.