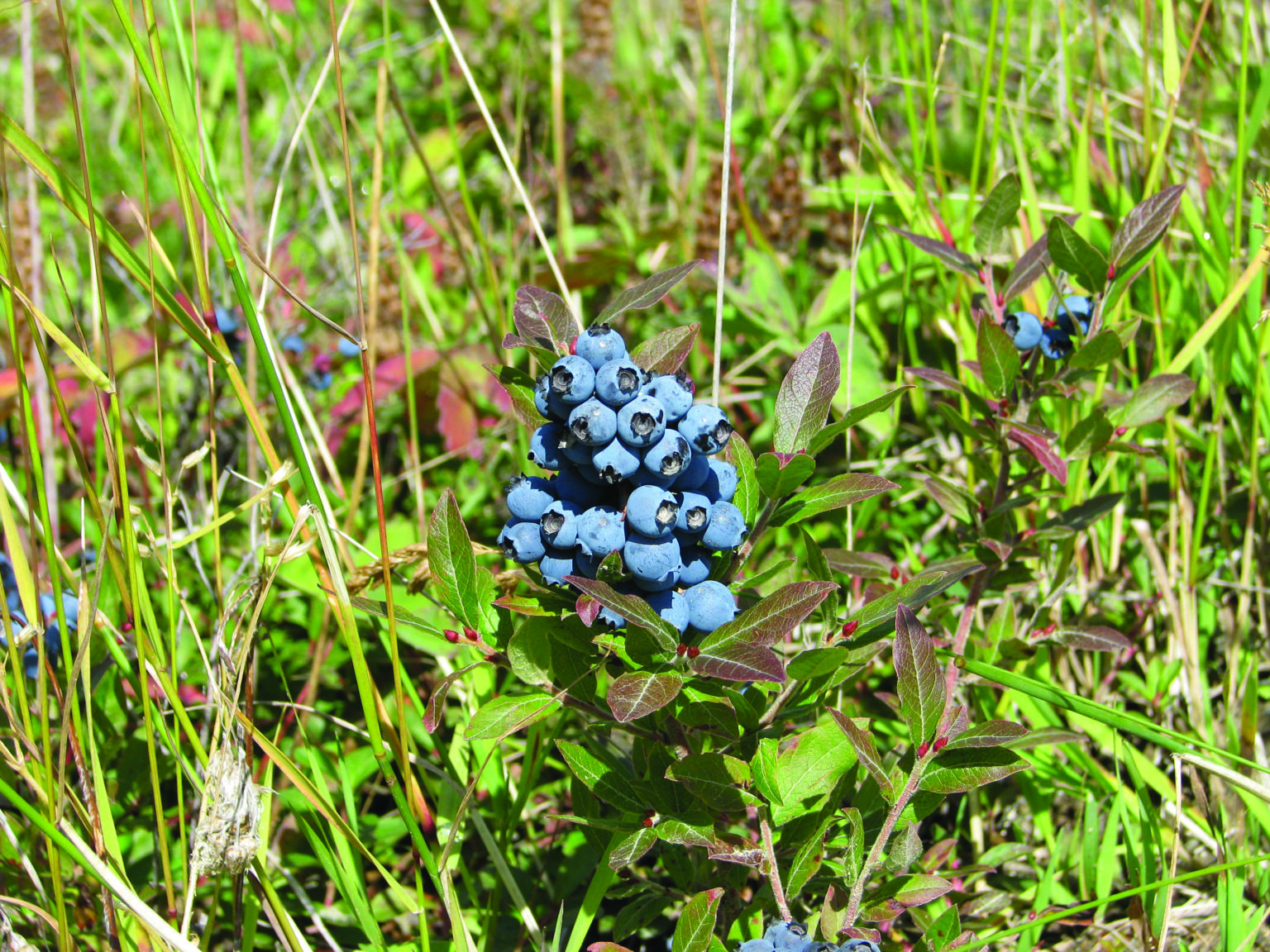 Is it a good idea to pick and eat wild raspberries and blueberries in forest cutblocks in the Central and Northern Interior of British Columbia? Not if these lands have been sprayed with the weed killer glyphosate sometime in the last few years. And the same caution holds true for wildlife like moose and bears who, besides berries, also consume large quantities of fireweed, willow, and dogwood shoots, all of which can contain low levels of glyphosate residue for relatively long periods of time.

These are the conclusions that can be drawn from a recently published research study carried out by a team of University of Northern BC scientists, N. Botten, L.J. Wood, and J.R. Werner. Their findings go directly against the message repeated by the manufacturer of glyphosate, Bayer-Monsanto, that the weed killer quickly disappears from the plants and general environment after it is sprayed and is not harmful to humans or wildlife.

Currently, certain big forest companies helicopter spray upwards of 17,000 hectares of BC forests (especially in the Interior) with glyphosate every year and this has been going on since the early 1980s. The total area sprayed amounts to 1.3 million hectares either sprayed or manually brushed. The aim is to kill off broad-leafed trees, like birch and aspen, and facilitate the growth of the so-called “money trees” spruce and pine. The forest companies are obligated to do this under provincial government regulation.

The results of this research study are disturbing. For example, one year after glyphosate treatment, 26 percent of raspberry and blueberry fruit samples taken from cutblocks in the research study would be “deemed unfit for human consumption” if assessed by Canadian Food Inspection Agency standards. In addition, glyphosate (and AMPA, the metabolite derived from it) residues were detected in the fruits for at least one full year after spraying. However, low levels of weed killer residue persisted in raspberry shoots, fireweed shoots, and willow shoots for at least six years and in fireweed roots for twelve years.

Indigenous people have complained for years about how eating glyphosate-sprayed berries and medicinal plants has sickened them, and there are anecdotal reports of others being affected. The long-term effect on wildlife is unknown.

In the United States, Canada, and elsewhere, thousands of lawsuits have been launched by individuals who claim that they have contracted cancer and other illnesses because of prolonged exposure to glyphosate with one terminally ill groundskeeper being awarded $289 million in damages in a California court. As a result, the Bayer-Monsanto corporation has agreed to pay $10.9 billion into a fund to settle the thousands of other court cases.

What has been revealed in these legal proceedings is that Bayer-Monsanto has been systematically recruiting scientists to publish studies that defend the use of glyphosate, going so far as to “ghost write” several research studies under their names. Unfortunately, Canadian and American government authorities are basing their decisions to allow widespread glyphosate spraying on such deeply flawed studies.

In BC, there is broad opposition to glyphosate spraying by farmers, trappers, foresters, and others, as well as an organization, Stop the Spray BC stopthespraybc.com founded specifically to oppose the widespread spraying of the weed killer. The chemical has been banned for use on crown lands in Quebec, as well banned completely in Germany, Saudi Arabia, Vietnam, and other countries.

Yet the BC provincial government continues to authorize the helicopter spraying of glyphosate across Interior forests, which are already suffering from the pine and spruce beetle epidemics, overcutting, erosion, flooding, fires, and a host of other problems.
Now, berry picking, a pastime that many people in the Central Interior and North have enjoyed since time immemorial, is threatened.

Note: This article was originally published in the Prince George Daily News on May 13, 2021. Reprint permission granted by the author.

Peter Ewart is a writer based in Prince George, British Columbia. He can be reached at: peter.ewart@shaw.ca.