Book Release: Talking to the Storykeepers 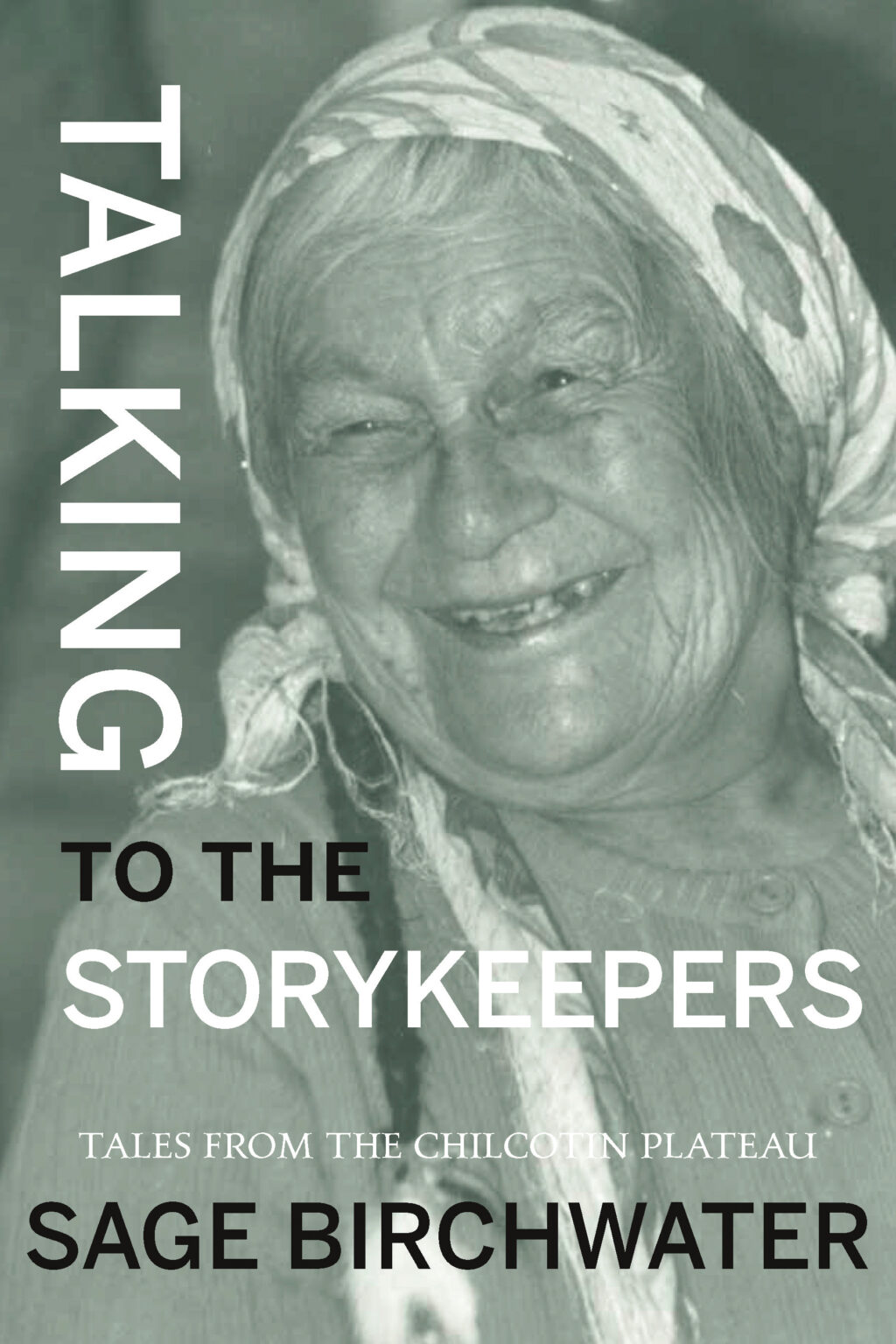 Sage Birchwater launches new book of stories on the Cariboo-Chilcotin

In his latest book, Talking to the Storykeepers (Caitlin Press), writer and journalist Sage Birchwater gathers dozens of stories spanning decades from Indigenous and non-Indigenous communities throughout the Cariboo-Chilcotin. He offers an image of a changing landscape and reclamation of culture, identifying the quiet stories swept aside by colonization. Here, side characters and unidentified faces in old photos are brought to life.

“In school, the one subject I detested was history,” Birchwater says. “However, hearing stories around the kitchen tables of the Chilcotin brought history alive for me. Stories put a face on the landscape and a human touch on why things are the way they are.”

From the tale of the Old Emmanuel United Church’s brass band playing “Onward Christian Soldiers” from the pews as the church is dragged across the river to its new location on the south side of the Bella Coola River, to the Ulkatcho community search for missing local Tory Jack, which was successfully led to its conclusion by a clever horse, each story builds a portrait of time, place, and the story keepers that protect these histories for the next generation.

Birchwater has been a resident of the Cariboo-Chilcotin Coast region of Central British Columbia for nearly half a century. Originally from Victoria, BC, he arrived in Williams Lake in 1973. Two years later, he bought a trapline in the Chilcotin with a friend and began living in the area. He began his literary career as a freelance journalist covering events and happenings across the region, from Horsefly to Bella Coola. In 1990, he was commissioned by the Ulkatcho First Nation to write a series of books documenting the culture and history of the Ulkatcho People to preserve the stories and memories of the Elders for the unborn generations. In 1995, he published Chiwid (New Star Books), an oral history of Tsilhqot’in recluse Lilly Skinner, also known as Chiwid. The book has remained a regional bestseller for over 25 years.

In Talking to the Storykeepers, Birchwater continues to honour the stories of important people, such as Skinner. The stories he shares help us reflect on our common humanity while questioning the dominant perspectives from which history is often told. The storykeepers are held up as those who protect history for the next generation. Full of insight, these tales offer unique perspectives on our shared past and help to prepare us for an unknown future.

Talking to the Storykeepers will be available at retail book outlets across the Cariboo-Chilcotin, including The Station House Gallery, the Open Book, Save On Foods in Williams Lake, Native Arts & Crafts, the Tourist Discovery Centre in Williams Lake, the Quesnel Museum, Nuthatch Books in 100 Mile House, Nimpo Lake Store, Anahim Lake Trading, and Kopas Store in Bella Coola. Birchwater will mail signed copies to Canadian addresses for $30. Reach out to him on Facebook @sage.birchwater.