Come Alive! The Ladder of Democracy 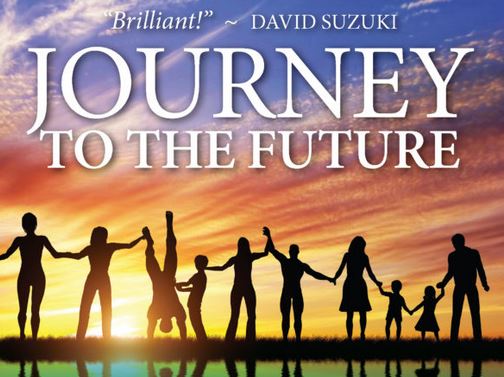 Democracy is a recent social invention. Most people don’t like it when the societies they live in are blatantly unfair, with privileges and glory for the rich and hard labour and exploitation for the poor. In consequence, starting a thousand years ago, people have gradually pried power out of the hands of the ruling elites and replaced it with democracy.

The process is incomplete, however. I’d like to suggest 30 steps on the ladder of democracy. In BC, seven steps have yet to be taken. In America, depending on where you live, between 11 and 15 steps have yet to be taken. Thanks to the campaign finance legislation passed in 2017 by the NDP/Green Party Alliance, the corrupting influence of money has been stripped from provincial politics.

The chance to take the next step up the ladder comes before us this fall, with the opportunity to correct the flaws of first-past-the-post by adding air proportional voting.

First-past-the-post stinks. It carries the foul odor that comes from voting for a candidate you don’t really support for the sake of preventing another candidate who you dislike even more from being elected. It corrupts the political soul.

Using this system of voting, in Ontario, Doug Ford’s Conservatives just survived a massive defeat. Fifty-eight percent of Ontarians voted against Ford, and yet his party now governs Ontario. How can that be? In 2015, Britain’s Conservative Party suffered a similar humiliating defeat when 63 percent of people voted against them. And yet, they too were able to form a government. In British Columbia, only four out of 32 elections since 1900 have been won by the party that won the support of most voters. Only four.

This system of voting dates back to the days in Britain when there were only two parties, and only two percent of the people were allowed to vote. One set of aristocrats supported the Whigs; the others supported the Tories.

This fall, by mail-in ballot starting October 22 and to be received by November 30, we will have the opportunity to come alive and advance up the ladder by voting on two questions:

1. Which should British Columbia use for provincial elections? The current first-past-the-post voting system, or a proportional representation voting system?

2. If British Columbia adopts a proportional representation voting system, which of the following voting systems do you prefer?

a) Dual Member Proportional: Most ridings, except in the most rural areas, double in size, and each will have two MLAs. In each riding, you vote for the party you support. Each party proposes two candidates. The first MLA is elected using first-past-the-post. The second is elected considering local and provincial results, ensuring that the number of MLAs in the Legislature mirrors the support people gave to each party. Parties that receive less than five percent of the vote must wait until they can gather more support.

b) Mixed Member Proportional: Ridings increase in size, and the province is divided into regions. In each riding each party presents a list of candidates. Those who win become MLAs, using first-past-the-post. Regional MLAs are chosen to ensure fair proportionality, as above. Parties that receive less than five percent must wait, as above.

c) Rural-Urban Proportional Representation: In rural areas, MLAs are chosen using the mixed member proportional system described above. In urban and semi-urban areas, they are chosen using a single transferable vote where voters rank the candidates in their order of preference.

So, there you have it. To learn more, visit Fair Vote Canada BC (www.fairvote.ca/pr4bc). To learn from those who do not want to advance up the ladder of democracy, see www.nobcprorep.ca.

Guy Dauncey is author of Journey to the Future: A Better World is Possible, a novel set in the year 2030. (Brilliant! – David Suzuki). He lives on Vancouver Island. www.thepracticalutopian.ca.