Green Business: Louis Blanc Studio – Where the Ghosts are Alive, A Barkerville Story 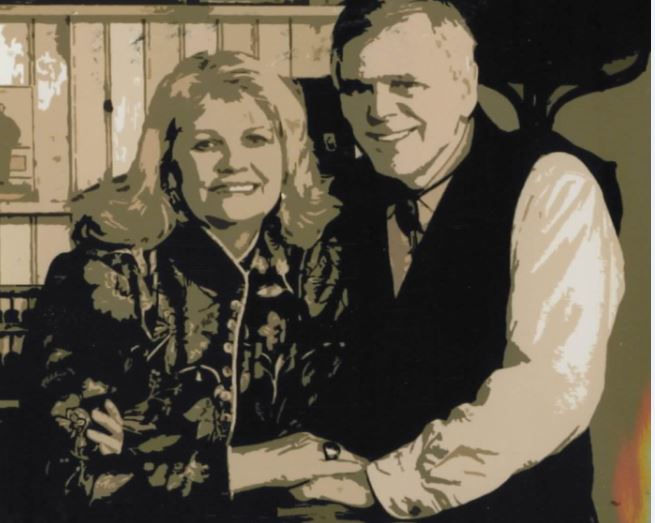 In 1868, a photographer named Louis A. Blanc travelled to the Cariboo to seek his fortune. We know very little about Louis, but here’s what we do know: he was a trained goldsmith and his home country was the French area of Switzerland. He made his way to Victoria in the mid-1860 and attempted to make a living practicing his trade. While apparently not very successful in Victoria, he bought some used photographic equipment from a gentleman in that city, got some training, and decided to head to the Cariboo goldfields.

Why was Monsieur Blanc compelled to travel up the treacherous Cariboo wagon road to the Cariboo goldfields, where life was very hard and good fortune, while spectacular when it came, was not a common theme? This was a place where hardy young men often died in their mid-30s from a combination of a lack of good nutrition, overwork, and terrible working and living conditions. But Barkerville was also a happening place. This was place of terrible drama and intense excitement—a place that would draw the hearts of adventurous young men across continents and oceans.

Blanc was reasonably successful, as a photographer in Barkerville for several years – taking the likeness’ of miners so they could send a remembrance to loved ones left behind – and recording the claims and mine workings on the goldfields. He built himself a studio and called it the Louis A. Blanc Photographic Gallery, but shortly after it was completed it burned to the ground along with much of Barkerville during the great fire of 1868. He carried on for a while, but in the early 1870s most of the easy gold was gone and mining activity was winding down. Blanc decided to move on but after selling most of his possessions and leaving Barkerville he was never heard from again. In some ways this was a tragic loss for the history of the Cariboo as Blanc probably had many of his remaining photographs with him when he left. It is an enduring mystery, what may have happened to them and to Monsieur Blanc.

In 1983 when Barkerville Historic Town was under the operational responsibility of the Ministry of Parks, the management decided to turn their Louis Blanc photo studio display into an operating studio and advertised a Park Use Permit for that purpose. In that year, 32 years ago, Ron and Pat Young applied for the permit and have operated a successful business in Barkerville every season since. Thousands of families from around the world have had their photo taken at the studio. Ron estimates they have taken over 60,000 photos and dressed over 200,000 people in period costume. “Every one of those photos was a memory and a keepsake for those people,” he said. “We still get re-orders for photos taken 20 years ago.”

Over the years that Ron and Pat have operated the Louis Blanc Photo Studio in Barkerville, they have always had one eye on the environmentally friendly target.”

When Louis A. Blanc ran his Photographic Gallery he took pictures using what is called a wet plate process and made pictures on tin, leather, or glass. The picture was taken by removing the camera lens cap for several seconds and the exposed plate was then treated with a chemical to bring out the image that could be either printed or displayed with a special backing.

When the Youngs started the 1983 version of the Louis Blanc studio they used a Polaroid process in a 1930s press camera. Because photographs taken indoors in the 1870s were taken by available light, usually from a skylight window, the attempt was made to duplicate that by using fluorescent tubes in a frame disguised to look like windows. Due to lighting restrictions and low film sensitivity, the pictures often had to be taken several times to get one where the subjects were not blinking and had good expressions. Eventually a modern studio lighting system was added, but concealed as much as possible.

Printing the photos in the first several years was a chemically intensive process. Over the course of a season lasting several months, a lot of used chemicals were disposed of and used Polaroid film discarded. In the early 90s, Ron and Pat purchased a very expensive $70,000 digital printer that put an end to the chemical pollution. “We had to pay for that system over several years but the end result was elimination of the environmental toxins and vastly improved quality of the photo for the customer,” said Ron. As digital photography was still in its infancy in the mid-1990s there were no satisfactory cameras that could be used in the studio, so the Polaroid remained the only option for the fast results that were needed. The Youngs actually purchased an early Kodak professional digital camera for $12,000 in an attempt to remove the wasteful and polluting Polaroid system, but it proved unsuitable. It wasn’t until the early 2000s that a suitable professional digital camera became available and conventional film was no longer used. The digital system was completed with a sophisticated computer workstation and the quality improvement took another leap forward. All this equipment had to be concealed as much as possible to maintain the ambiance of an 1870s photo studio; for example the digital camera is housed within a replica of an 1839 Daguerrotype camera that Ron built himself.

Over the years that Ron and Pat have operated the Louis Blanc Photo Studio in Barkerville, they have always had one eye on the environmentally friendly target. When compact fluorescent bulbs became available they replaced more than 20 of the bulbs in the studio in an effort at conservation, even though in the early days of availability those bulbs cost close to $30 each. The environmental savings over time translated into real cost savings with many of the early CF bulbs still in operation years later. As they reach the end of their life they are being replaced with even more efficient LED light bulbs.

In 2013, the Youngs incorporated a composting toilet into the studio facilities. The toilet, which uses no water and composts the waste into useable fertilizer, has worked flawlessly for three years serving the needs of up to five staff members, seven days a week, over a period of more than four months each season.

There has been much speculation about the possible demise of Louis Blanc of 1871, including one rumour that he was killed at a gunfight at the OK Corral in Tombstone, Arizona (photographers were often present to record a likeness of the victor). But while we may never know the true story, his legacy is preserved in Barkerville Historic Town, and the operating photo studio under his name continues to create likenesses and memories for all comers.

See the Louis A. Blanc Photographic Gallery on Facebook.