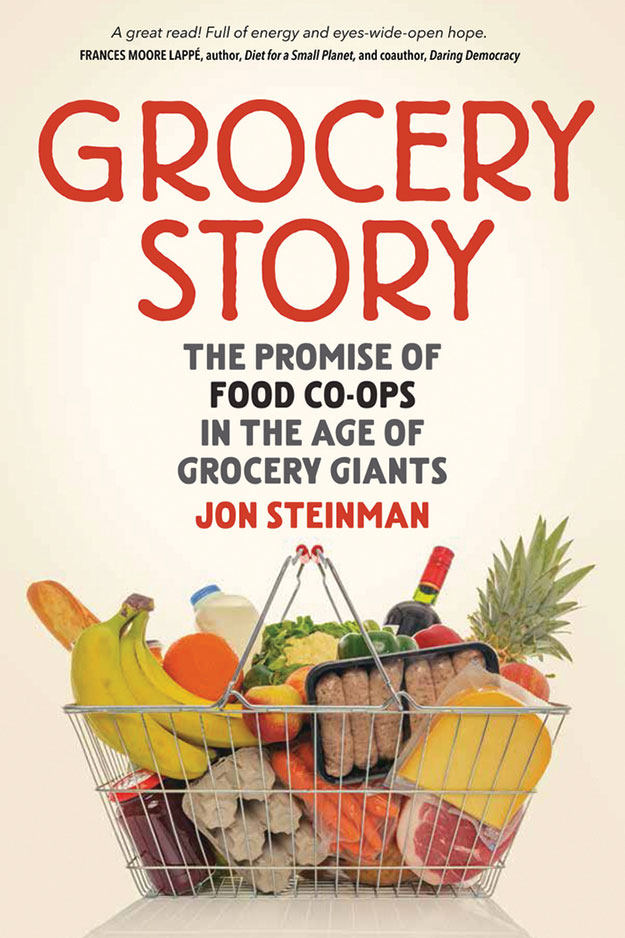 What makes for a great non-fiction read? Is it the way in which authors weave together story with fact, painting a picture that is equal parts thought-provoking and eye-opening? Or is it that the content so often strikes close to home, is so familiar?

The below titles share these kinds of commonalities. Each is heaped full of information and is relevant in these changing times. From these titles, we are invited to imagine different ways of living, eating, and doing business. We’re given an opportunity to reconsider how battles are won and what the term “underdog” really means. Ultimately, throughout each of these books we’re given a hefty dose of hope and encouraged to get up and take action. “Three thousand years ago on a battlefield in ancient Palestine, a shepherd boy felled a mighty warrior with nothing more than a stone and a sling, and ever since then the names of David and Goliath have stood for battles between underdogs and giants. David’s victory was improbable and miraculous. He shouldn’t have won.

Or should he have?

In David and Goliath, Malcolm Gladwell challenges how we think about obstacles and disadvantages, offering a new interpretation of what it means to be discriminated against, or cope with a disability […] or suffer from any number of other apparent setbacks.

Gladwell begins with the real story of what happened between the giant and the shepherd boy those many years ago. From there, David and Goliath [shares additional stories] to demonstrate how much of what is beautiful and important in the world arises from what looks like suffering and adversity.” By 2050, $50 trillion will change hands in North America in the largest generational wealth transfer ever. It will remake the world and be the biggest money-making opportunity in history.

“Business as usual,” founded on exploitation and environmental ruin, is over. Climate catastrophe, reactionary politics, and widening inequity have put the world on edge. Meanwhile innovations are shifting the economic ground, and an entire generation is pounding the table for real change. Capitalism is evolving into a force that can restore the planet, transform the global economy, and bring justice to people.

The Clean Money Revolution is part memoir of an inspiring thought leader’s journey from presidential campaigner to pioneering investor, part insider’s guide to the businesses remaking the world, and part manifesto for a new vision of profit, power, and purpose. “This unique book—part manifesto from a leader, part humorous activist memoir from a soccer mom—offers a wryly honest, behind-the-scenes, ultimately uplifting look at the state of the planet. For almost 20 years, Tzeporah Berman has been one of our most influential environmentalists. A founder of Forest Ethics and Power Up Canada, she was instrumental in shaping the tactics and concerns of the modern environmental movement.

In her early 20s she faced nearly one thousand criminal charges and six years in prison for her role organizing blockades in Canada’s rainforest. She later transformed her tactics and sat down with CEOs and political leaders to reshape their policies and practices. In her new role at Greenpeace International she is fighting the problem of our time: climate change. This Crazy Time is an impassioned plea for a better world.”

Grocery Story: The Promise of Food Co-ops in the Age of Grocery Giants
By Jon Steinman
New Society Publishers (2019) Food has become ground zero in our efforts to increase awareness of how our choices impact the world. Yet while we have begun to transform our communities and dinner plates, the most authoritative strand of the food web has received surprisingly little attention: the grocery store—the epicenter of our food-gathering ritual.

Through penetrating analysis and inspiring stories and examples of American and Canadian food co-ops, Grocery Story makes a compelling case for the transformation of the grocery store aisles as the emerging frontier in the local and good food movements. Author Jon Steinman:

Grocery Story is for everyone who eats. Whether you strive to eat more local and sustainable food, or are in support of community economic development, Grocery Story will leave you hungry to join the food co-op movement in your own community.

If you enjoyed the above synopses, consider joining our virtual Greeny Green Book Club to chat about themes, ask questions, and share stories. Visit greenygreenbookclub.com to sign up! -GG

Ryan Elizabeth Cope is a Kelowna, BC-based advocate for plastic-less, healthful living. She blogs at Seven in the Ocean (www.sevenintheocean.com) where she marries her love of food with her disdain for plastic-wrapped garbage.

Good Green News (for a Change!) – Renewal and Rejuvenation