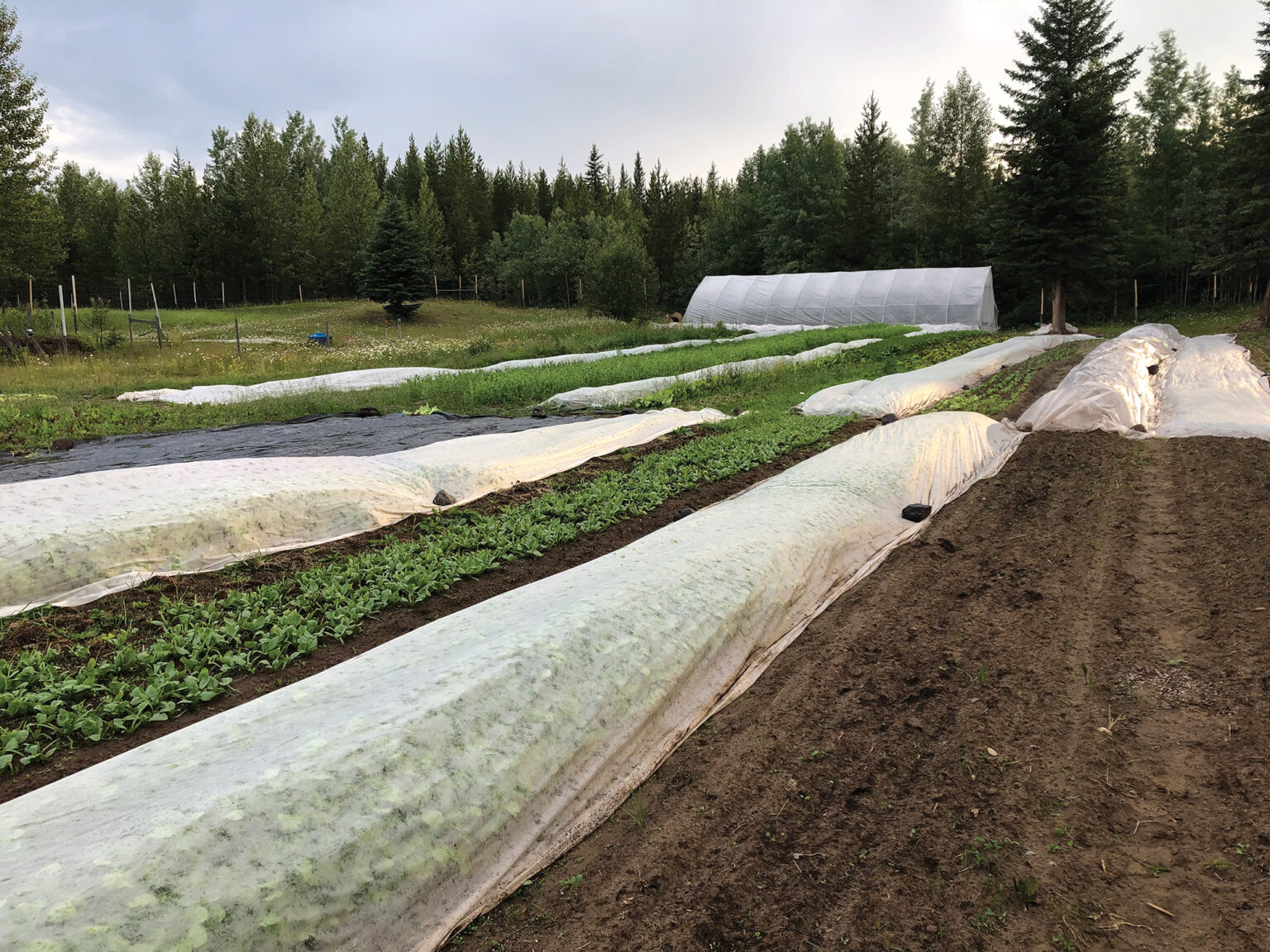 So much of Kate Patterson and Elliott Morton’s story of becoming farmers so closely mirrors my own that I’m afraid I kept interrupting my interview with them to exclaim and tell them bits of my own story.

As with many of us millennials, Patterson’s awareness of the dire state of our planet was with her for as long as she can remember. As early as elementary school those of us who grew up in the 80s and 90s saw how bleak our future would be if humankind continued its current path. We were all taught the importance of the three Rs, and not the three Rs our parents and grandparents were taught. Our three Rs were: Reduce, Reuse, and Recycle. We grew up with a sense of impending doom. There is a massive hole in the ozone that is damaging the planet. The amount of garbage in the oceans is staggering. Animals are going extinct at alarming rates. These facts and others like them were part of our consciousness before we were able to name the capital city of Canada or understand algebra. Most of us felt some sense of despair, and the only antidote was to try to do something about it.

So, after finishing high school Patterson enrolled at SFU where she completed a degree in environmental science. She wasn’t entirely sure what she was going to do with it until she met Morton, a kindred spirit, and they began making plans.

Morton has a degree in sustainable agriculture from UBC, and it was while in university that he realized just how much he wanted to farm. He wanted to live a sustainable lifestyle. Upon graduation, he worked on a farm in the Lower Mainland. When he met Kate, their goals became concrete plans. They would buy their own organic farm and live the sustainable lifestyle they had both longed for.

“We wanted to make a difference,” Patterson tells me. The world needs more people like them.

They worked on a few farms around the Lower Mainland for two more seasons to learn as much as they could about farming. Both had grown up in suburban environments and so really wanted to understand the lifestyle they were choosing. They loved the work and knew it was what they wanted to do.

They spent a lot of time online looking at different properties around BC to see what they might be able to afford. They wanted a place that was rural but not too far from a center where they could work and sell their produce. They found what they were looking for half an hour from Quesnel, and in May 2018 their farm, From Beds to Bowls, was born.

Their property is 10 acres and they have half an acre of garden, which will become three quarters of an acre this season.There was already a home on the property, a necessity they identified when looking at land as they both laughingly admit to not being carpenters (another thing I completely understand as my own farm became inhabited with many ‘buildings’ that were useful but would make even the most inexperienced carpenter cringe). They plan to eventually have one acre of garden in production, two acres fallow, and to produce fruit. They exclusively use organic growing methods and plan to certify in the future. They will also raise animals to make their farm as sustainable as possible. Last year they raised broiler chickens and plan to raise more this year and perhaps add weaner pigs, as well. (Again, I had to pause and exclaim for all this almost exactly describes my own farm’s growth from 2009-2012).

From Beds to Bowls specializes in salad greens of all types. They love growing specialty greens and microgreens, and their salad mixes are unique, beautiful, and tasty! They had specialized in tomatoes before moving north, and they especially love heritage varieties. They are slowly building their capacity for larger-scale tomato production. Their elevation of 900 meters makes this a slower process, but they will get there. They sell at the Quesnel Farmers’ Market and Long Table Grocery.

Patterson and Morton grow all the staple vegetables one would expect, and they really love growing different and unusual varieties—something I can relate to, as well, and we had a good-natured laugh about the ‘meat-and-potatoes’ eating habits of the Cariboo (I’m from here; I ate like this, too). But once customers sample a vegetable that may be new to them and hear from Patterson and Morton ideas of what to do with it, they usually begin to want more. It’s a slow process sometimes, since as a society we have become used to only a few types of veggies, but the calling to increase biodiversity and widen the public’s culinary horizons is a noble one. -GG