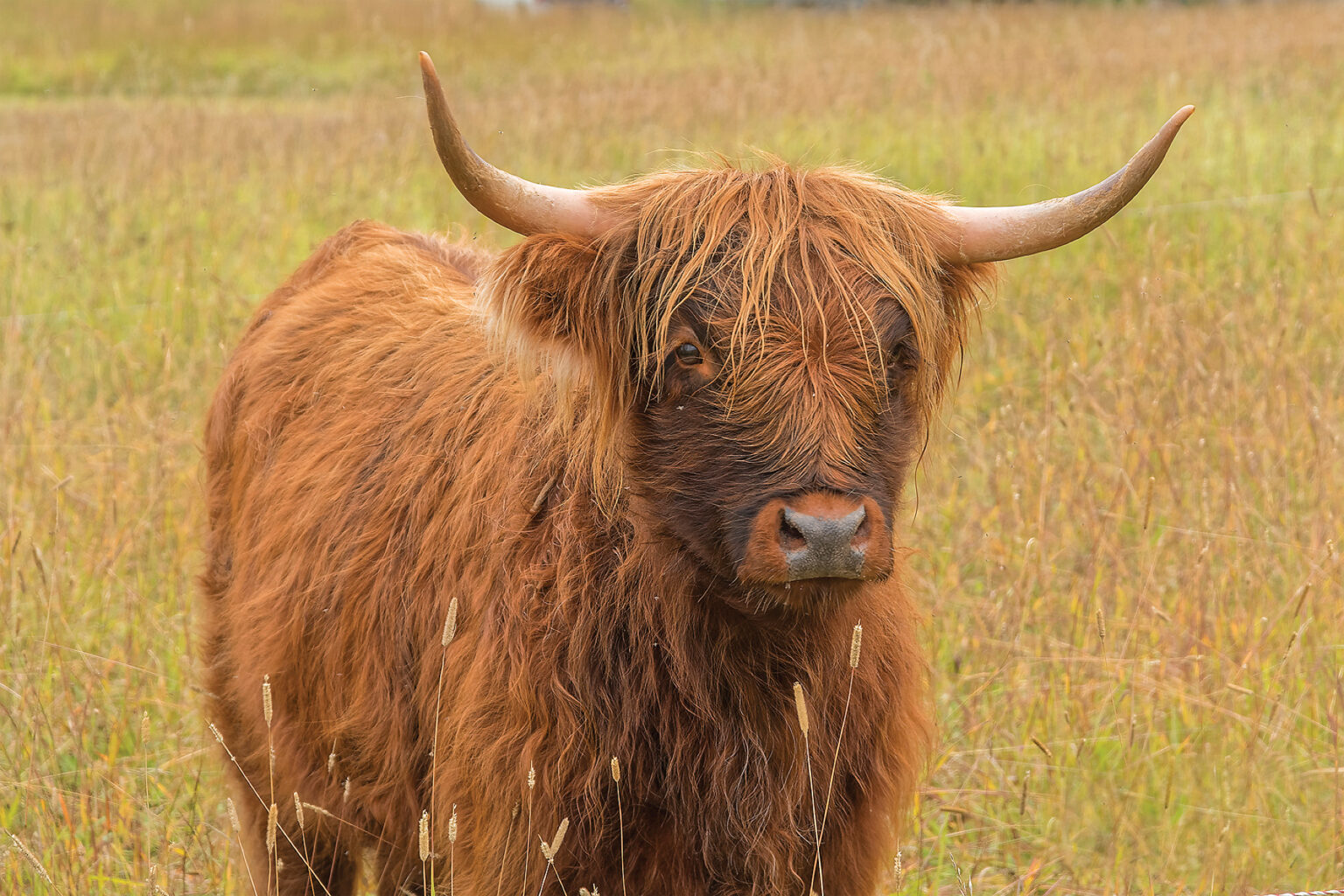 Ranching with Heart and Vision from the Soil Up.

Beautiful, nutrient-dense, healthy, and organically-fed meat is available from SW² Ranch, where owners Sherry and Shawn Wiebe practise regenerative agriculture, ensuring that the soil sustains the animals and the animals sustain the soil, contributing to a strong, diverse ecosystem.

Located on Bells Lake Road near Horsefly, BC, the 220-acre ranch is surrounded by Crown land and produces organically-fed pasture pork and free-range chickens for both meat and eggs, as well as grass-fed-and-finished Highland cattle for meat and breeding stock. All the meat they sell is processed at a provincially inspected facility.

They usually run between 25-40 head of Highland cattle.

Shawn was raised on a hobby farm and Sherry was raised on a commercial pig farm. The practices they have put into place on their own ranch are vastly different from the ones she grew up with. Sherry’s experience with animals has gone from night to day: from cattle prods and chutes to open pastures and animals treated with kindness.

“It just seemed wrong—the tail docking and tooth clipping, the farrowing crates and being raised in cement tight quarters where they can hardly move,” she explained. “Our animals here are treated with respect and humanity, and I love watching them, knowing that they have amazing lives.”

They buy and mill organic grain every week for their chickens and pigs so it’s as fresh as possible.

Shawn and Sherry started out on a 26-acre farm in Vernon where their agriculture learning adventures began. Shawn says they had a small orchard with overgrown and neglected trees.

“We fenced it off and put chickens in it,” he said.“This reduced the insect problem, greatly improved the health of the trees, and protected the chickens. It solved problems naturally rather than chemically.”

Four years ago, when they needed a bigger place, they moved to Bells Lake.

Shawn said he always wanted Highland cows. “My dad died of a heart attack at 58 on a diet of commercial meat,” he said. “We wanted to make healthier choices. Highland beef is lower in cholesterol and fat and higher in protein and iron than most other beef.

“We also like their characteristics,” he added.“For the most part they’re docile, they’re very good foragers, and they have great longevity.”

He said when they moved to Bells Lake, they purchased some haying equipment, but sold it within two years. “Hay was too expensive to grow, plus the land needed nutrients put into the soil,” he explained.“We bought hay instead, and now our main hayfield is a 70-acre pasture.”

They use temporary grazing cells divided by electric fencing. “The cattle get fresh grass, and at the same time they’re putting nutrients into the soil,” he said.“We don’t let the cattle over-graze down to where the parasites are and haven’t had to deworm them for several years.

“When you deworm them, the manure doesn’t break down. The birds and the bugs won’t touch it, and the nutrients don’t make it into the soil.”

Their chickens are in chicken tractors and get moved around every day. Their nitrogen-rich manure is great for the soil.

Another way that the soil is enriched on SW² Ranch is the way they feed their cattle.

In the winter they put round bales on the ground for the cows—enough to last for a week. They place it in different locations, spreading the fiber and manure from place to place.

“We don’t unroll the big bales; the cows take them apart,” Shawn said. “In one area after bale feeding, the weeds were gone and there was knee-high clover. Improved soil conditions mean that weeds won’t come back, but the grasses will.”

He added that water is key. “You want water to stay in the soil as long as possible,” he said. “Good soil holds the water.”

Responsible husbandry and humanity are top priorities on the ranch. The cows, 100% grass-fed, are handled stress-free. When they move the cows, they don’t chase them. They lay out hay, and the cows follow. The calves are weaned naturally at seven or eight months with no stress.

Calving starts in May, when the cows are getting the most nutrition from the grass—no ice, no snow, no cold.

Sherry and Shawn sell direct to consumers. Along with an established customer base throughout the Okanagan they are expanding their clientele in the Cariboo Region and deliver regularly. Their butcher is near Little Fort, and most of the meat is stored in a commercial freezer in Armstrong.

Highland beef is a dense, beautiful meat that does not shrink when cooked, and has a high nutrient content, Shawn said.

“We started out feeding and sustaining ourselves holistically and it’s grown to this,” Sherry said, adding that people thought they were crazy along the way.

Shawn stated that one of the biggest things for him is seeing the improvements to the land and the benefits to the ecosystem. “Species of birds have returned, and we’ve seen increased beetles and dragonflies—from soil organisms to cattle and all the way to pollinators,” he said.

“We love where we live. It’s a beautiful, quiet, awesome life.”

For more information about SW² Ranch, visit their page on Facebook, email info@sw2ranch.ca or phone (250) 620-0548. Their very lean 100 per cent grass-fed ground beef is available at Long Table Grocery in Quesnel, BC. -GG

Geshe Sherab Returns for his Fifth Visit to the Cariboo