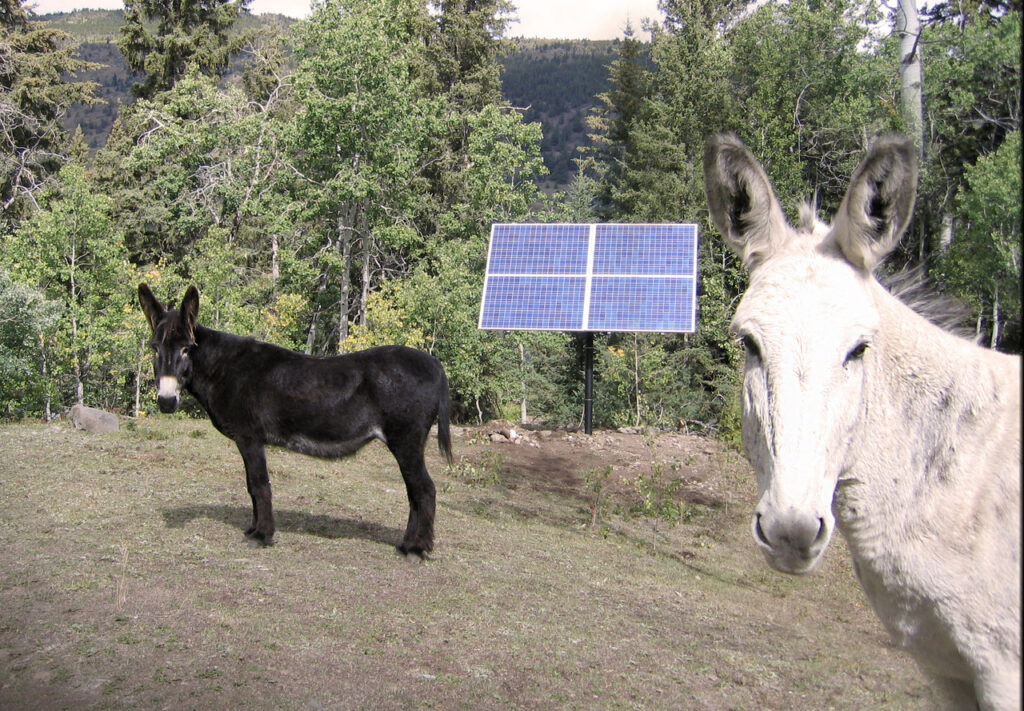 “Off the grid” seems like such harsh terminology almost implying an accidental condition. It’s a First World reference that means living without connection to the electricity grid of the industrialized world but in many ways also independent of a lot of other constraints that most of us have become conditioned to in modern society. The reality for most off-grid dwellers is that they have chosen to live a life somewhere that hasn’t been trampled on by the development of properties and regulatory structure. Off grid living has always been a non-conformist choice.

In over two decades of designing and installing renewable energy systems I’ve been fortunate to meet some very special off-grid people. Often the factors that determine where we put down roots in a place are prioritized by employment opportunity and affordability sometimes followed by opportunity for community and cultural enrichment. We can become trapped by those choices. People who choose to live off-grid have different priorities including the desire to achieve self-sufficiency, appreciation for the natural world, a longing for solitude, and the chance to seek some degree of excellence and perfection of life’s endeavours. Some of the most fascinating characters I’ve ever met are my off-grid friends and customers.

Beth and Gerry Gregg moved to the shore of Konni Lake in the Nemiah Valley about 12 years ago. They purchased a parcel of land right on the lake, sight unseen, but they had recently visited the area and fell in love with its spectacular beauty and pristine wilderness. When they asked me to design an off-grid power system one of the concerns was that it be reliable. Nemiah Valley is about two-and-a-half hours out of Williams Lake on a good day, and a trip to town was maybe twice a month.

The Gregg’s objective was retirement after a lifetime of work, and they were looking for a more serene environment. But serenity doesn’t include the constant drone of an internal combustion engine and so instead they opted for solar panels, a wind generator, and a small gas generator for those periods when the batteries needed an additional charge. Their two companion donkeys, Muffin and Dixie, came along for the ride and chickens, a raised bed garden, a solar hot tub, a studio for Beth to do her felting and spinning, a gazebo, and a bathhouse all set the stage for a happy and fulfilling lifestyle.

Whenever I had the opportunity to visit Gerry would bring out a couple of frosty mugs from their off-grid refrigeration and filled them with cold beer as good as any I’ve sampled. Gerry’s ability as a carpenter is first rate and with his own sawmill and readily available lumber supply on hand there was no challenge too great. The happy retirees spent many years exploring and fishing the backcountry lakes and lived at one with the wildlife residents. While it’s easy to make it sound idyllic there were always challenges including weather, wildfires, and bugs but none of them insurmountable until unfortunately medical issues brought this 12-year stretch in gridless paradise to an end.

My other encounters with off-grid personalities have included a woman living on her own with over two hundred rescue dogs, a man who was a major figure in the Vancouver underworld and whose life ended in a hail of bullets, a family that was seeking fortune with a herd of 1,000 goats, an American couple and their elderly father who were escaping an anticipated Armageddon that would follow 9/11 and the Iraq war, and many others including those disenchanted with society and/or enchanted with the wilderness.

David and Nicola Finch certainly fall into the category of those who are enchanted with the wilderness and who were willing to move there 18 years ago without any firm guarantee of the outcome. They weren’t retired but they also weren’t ranchers, farmers, or loggers and that would certainly appear to narrow the possibilities for employment. As I recall the story, when considering the purchase of the remote meadowland, they looked at each other and said something like, “How will we make a living?” and the answer was, “…we’ll think of something.” Indeed, they did think of something and the meticulously hand-crafted wooden rings David makes have brought happiness to hundreds of customers worldwide. Even though completely off-grid, the wonders of modern technology make it possible for Nicola to connect with the world through their Touch wood rings website (www.touchwoodrings.com) to promote the beautifully crafted rings and provide the Finches with a sustainable income.

But this isn’t the whole story for this resourceful couple. Stewardship for the natural world around them has been an important cornerstone of their existence in the remote wildland. More than just passive observers they do everything in their power to ensure the health and safety of the other creatures that share their world. Their photography and journaling will undoubtedly be invaluable as an historical record of the rare and unique environment they have chosen to call home.

Off-the-grid certainly is no accidental condition and, in some cases, can be among the most elegant and mindful forms of existence for humans on Planet Earth.

Ron Young is a renewable energy professional operating the earthRight Store in Williams Lake since 1993. Ron can be reached at info@solareagle.com or www.facebook.com/earthrightsolar.