How to Save Our Planet – Where to Start 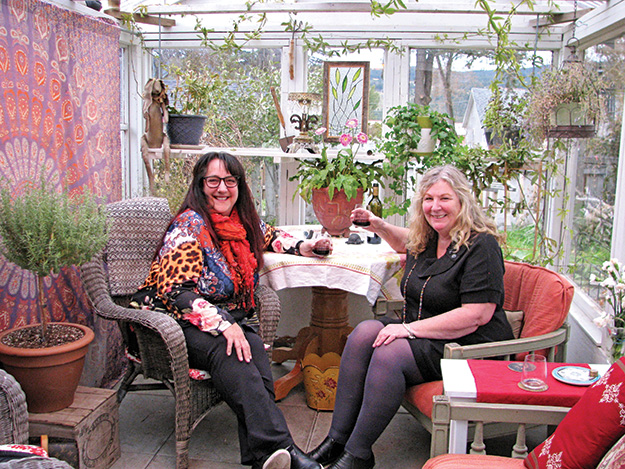 Turning concern into discussion and fear into action is at the heart of a Williams Lake Facebook page called How to Save Our Planet—Where to Start. Administered by registered clinical therapist and concerned citizen Kathy Lauriente-Bonner, the page opens discussions about daily-life steps people can take to make a difference.

“There is incredible mounting anxiety about climate change and a global extinction event, and as a therapist I’m starting to hear more and more people expressing generalized anxiety about these issues,” she explained. “The predominant theme I hear expressed by people is that they feel helpless about what to do.”

She said she’s not any kind of expert on the environment but felt the concern and said the Facebook page came out of conversations with people.

“I thought I’d start this page and invite some people to join, with the purpose of providing a discussion platform for people to suggest the ‘joe average’ small things we can do to point us in the right direction,” Lauriente-Bonner said. “People can post ideas of what we can do, easy things that start from home.”

She said the reaction has been great, and that many people from around the world have asked to join the Facebook page.

“I’m delighted that so many people want to make a difference in their everyday lives, differences like reducing plastic,” she said. “On the page people talk about how difficult that can be, and we can all share experiences.”

She said people are talking about places like Bulk Barn where you take your own containers and refill them. “There are discussions about replacing single-use plastic bags with things like reusable beeswax food covers and silicon bags,” she said. “The real issue is the need for a call to manufacturers and retailers to bring in options for people—people who want low or no single-use plastic. Don’t pre-wrap cucumbers. We want choices.

Naysayers may talk about these efforts being a drop in the bucket, but Lauriente-Bonner feels that although that might be true, she’d rather participate in her own small way than just contribute to the problem.

“We’re not going to take on these huge challenges alone,” she said. “The only way to address the magnitude of these massive problems is by coming together. This page is bringing people together to share discussions and ideas, reminding us that we’re not alone in what we’re trying to accomplish.”

Station House Gallery manager Diane Toop is a founding member of the How to Save the Planet Facebook page.

“Of course, I was intrigued by this Facebook page,” Toop said. “I’m intrigued by anything that will help people find ways to make things better and make themselves feel better in the process.”

She sees plastic as a growing concern for people—something she has seen expressed on the Facebook page. “We all have to change, and the only way to make change with the big corporations is to stop allowing them to sell us plastic by not buying it. Same with bottled water. If you don’t buy it, they won’t sell it,” she said.

They have gone as close to plastic-free as possible at the Gallery and that is also true of Toop’s personal life. “We use beeswax wraps instead of plastic food wrap, and I use a bamboo toothbrush,” she said. “I use shampoo and hair conditioner bars.”

Toop permaculture gardens at home now, and she doesn’t have to make trips to discard anything from the garden because she uses everything.

“When we prune, we make a fence out of it, or add it to a bed and it decomposes and becomes part of the garden,” she said. “It’s the natural way. We use water from our rain barrels and rarely ever use a hose. We have chickens and rabbits and use all the manure for the garden and never have to buy fertilizer.”

She sees the next ten years bringing huge change, thanks to there being so many people on the path to improving the state of the planet and preserving a sustainable environment. “I know people, including young people, who were fossil fuel people and denied climate change,” Toop said. “Some of them have seen the reality of it and have changed their minds”

She said it often comes down to what’s in people’s wallets. “People don’t want to give up this ridiculously excessive life that we’ve all been leading, and they don’t realize that they’re going to be forced into it,” she said. “It’s going to be worse that way, for them, their children, and their grandchildren. It’s easier if we get with the program now and start dialling her back.”

Lauriente-Bonner added that because of people around the world like Greta Thunberg, a growing awareness is developing. “People are really wanting to move toward action and toward meaningful change,” she said. “People say, ‘I’m only one small person,’ but if every person does their bit, big things can happen.”