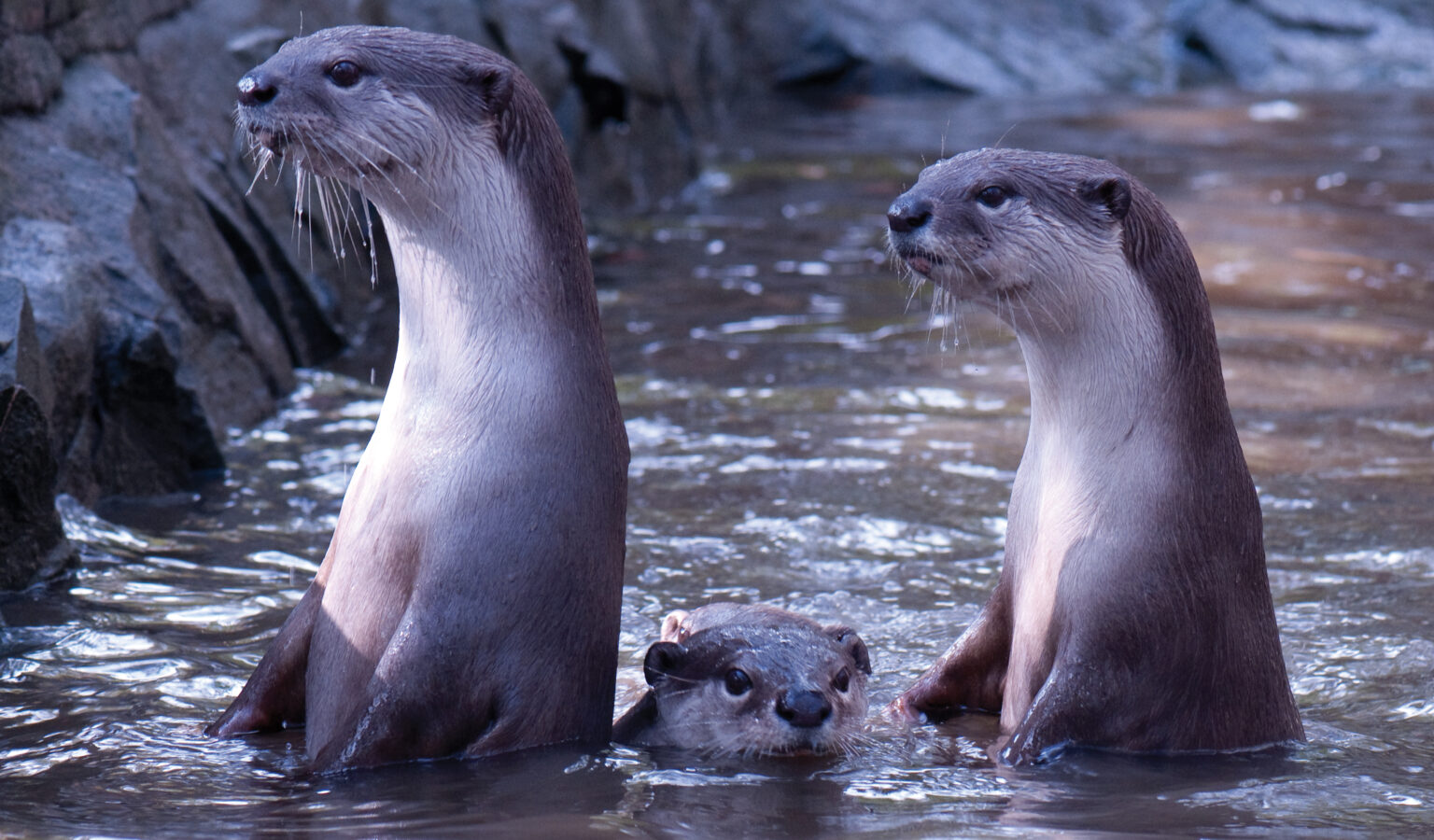 There are 13 species of otters, all belonging to the subfamily Lutrinae. These largely aquatic carnivores are found on all continents, with the exception of the Antarctic and Australia (there are no otter species found east of the Wallace Line that runs through Indonesia). Like many carnivores around the world, the future for many otter species is threatened due to direct and indirect anthropogenic activities. Otters are threatened by habitat degradation, water pollution, channelization of waterways, conflict with fish farmers, loss of prey species, and illegal and unsustainable exploitation for commercial trade.

Of the 13 species of otters, seven of them are considered Threatened (Critically Endangered, Endangered, Vulnerable), five Near Threatened, and one, the North American river otter, is assessed as being Least Concern, by the IUCN Red List of Threatened Species (Table 1) The trade in otters
In Asia, otter species are facing a perilous future due to the increasing loss of suitable habitat, the impact of pesticide use and human-otter conflict.This is exacerbated by an even more pressing and growing threat—the illegal wildlife trade. Hunting for commercial trade is considered a key reason for the depletion of otter populations across Asia. Otters are primarily traded live for the rapidly growing pet trade, for their skins used to make hats and other garments, and for their parts, which are used in traditional medicines. In fact, the pet trade, often carried out on the internet, is a rapidly increasing threat to a number of species. Online monitoring has shown hundreds of juveniles for sale, and anecdotal information suggests that much of this trade involves otters taken from the wild. In Indonesia alone, a four-month online survey, with just one hour of survey effort per week, revealed between 500-900 otters for sale. The Asian small-clawed otter, for example, is traded in growing numbers to supply demand for pets in Indonesia, Thailand, and Japan. Much of this trade is illegal but persists due to weak enforcement, corruption, and legal loopholes that are exploited by wildlife traffickers.

In other parts of the world, the fur trade has caused major declines in many species, such as the Giant otter and the Sea otter. While some species of otters have recovered from large-scale hunting and trapping for the fur trade, others continue to struggle.

Here in Canada, otters are trapped for their skins, which are used locally and exported. In 2017, Canada exported more than 10,000 otter skins, skin pieces, and garments made from otter skins. More than 8,500—the majority—of these were exported to China, and 1,000 were exported to the United States. Finland, Germany, and Iceland made up the remainder of importers of Canadian-sourced otters in that year. While River otter populations were significantly reduced by the late 1800s due to over-trapping for trade, this species has recovered across much of its former range in Canada. They are found across all provinces and territories in Canada, although populations are fragmented in parts of this range. On Prince Edward Island, they have been extirpated.

Otters and CITES
All otters are listed in the appendices of the Convention on International Trade in Endangered Species of Wild Fauna and Flora (CITES). Seven of those are listed in Appendix I, meaning no international commercial trade is permitted, and five are listed in Appendix II, meaning international commercial trade is permitted provided it is done so in accordance with national legislation. One species is listed in both Appendix I and II, depending on the range countries. Two species, the Smooth-coated otter and the Asian small-clawed otter, were only recently moved from Appendix II to Appendix I due to increasing threat from the international pet trade. In 2019, proposals for the up-listing of both these species were presented at the CITES Conference of the Parties (CoP 18) where the proposals gained sufficient support. As of November 26, 2019, the Appendix I listing for these two species went into force.

In 2018, The IUCN SSC Otter Specialist Group launched the Global Otter Conservation Strategy, with the first objective in the strategy being, “To rebuild and maintain healthy populations of all otter species across all parts of each species’ range as held before major human-induced declines.” The strategy can be viewed and downloaded at www.otterspecialistgroup.org/osg-newsite/wp-content/uploads/2019/02/IUCN-Otter-Report-On-Line-SP.pdf. Monitor is working on the implementation of key sections of the action plan, striving to ensure otters are adequately protected from illegal and unsustainable trade.

Endangered Species Day on May 15 is a reminder to learn about the importance of protecting endangered species and taking action to help protect them. -GG