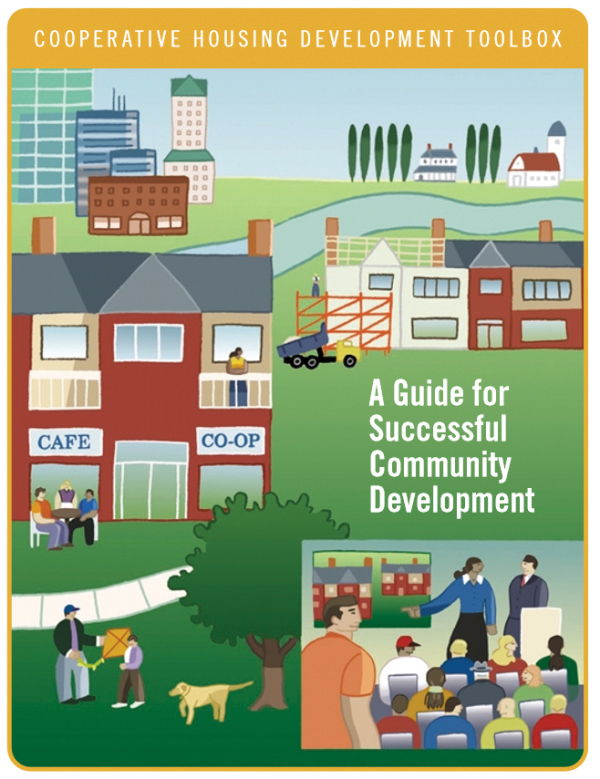 All around the world, people on the cruel side of the housing crisis are in need of help. Something has to be done to help the millions who have become homeless, who struggle to pay sky-high rents, who are living in cars, who are burdened by enormous mortgages, who are forced to live far from their places of work, or for whom the hope of ever owning a home has gone.

The financialized economy, bereft of kindness and applied to housing, is creating misery for millions. For investors, rental housing has become an asset class, ripe for the squeezing and eviction of struggling tenants by real estate investment trusts and private equity funds whose owners care about just one thing: profit. Between 20 and 30 percent of Canadian rental units are now owned by real estate investment trusts, who distributed $2 billion in profits from rents to their shareholders between 2015 and 2020.

But what if we could eliminate the entire concept of rent?

In the 20th century, faced with horrible overcrowding and multiple generations of one family being crammed into tenement blocks where tuberculosis spread, and where people slept four to a bed and lodgers leased a bed between factory shifts, municipal governments stepped up to build public housing. In Zurich, the city secured land for housing and encouraged the formation of housing co-operatives, providing interest-free loans to assist with the purchase of land. After World War II, Canada’s returning veterans created such a noisy protest that the government was embarrassed into action, resulting in a greatly increased commitment to public housing. In the 1970s, 10 percent of all new homes were built by co-operatives, non-profits, or local governments. Government engagement ceased in the 1980s, however, when economists persuaded them to leave housing to the private sector, to be treated like any other commodity, as a source of profit.

We need to declare a housing emergency, recognize that housing is a fundamental human right, and set a goal to end the crisis permanently within ten years. The key is to incentivize non-profit agencies guided by an ethic of community service to build 500,000 units of new affordable housing a year, financed by the Canada Infrastructure Bank at zero percent interest.

The land, once bought, should be owned by a federal Community Land Trust, taking it off the market forever. Each development should then become a housing co-operative, owned and managed by its residents, but without any right to sell a unit. Using this approach, the very concept of rent could be retired. Once the cost of land and building has been paid off, the co-operatives would only need to cover their operating and repair costs, just like homeowners who have paid off their mortgages. Tenants who have become accustomed to being passive because their landlords have all the power, and they have none, will have to learn new skills of participation, compromise, and co-operative mutual support, but what’s not to like about that?

Next, we will need legislation to steadily transfer the ownership of existing rental properties to the same Community Land Trusts, financed by the same zero percent interest loans. We will need to encourage trailer parks to become resident-owned communities, assisting their tenants to buy them, and in rural areas we will need to allow the development of clustered co-operative ecovillages, with economies based on regenerative agriculture and forestry.

To prevent the loss of homes that were once year-round rental units to short-term rentals like Airbnb and Vrbo, governments should either ban them entirely, except for offering accommodation within someone’s home, or do as Lisbon does, and offer landlords $1,000 a month to rent their properties to the city for five years, to be rented to people in need.

Perhaps more controversially, we should tax increased land value and use the proceeds to help finance the construction of the new, affordable co-operative housing. If you buy a house for $500,000 and sell it two years later for $750,000, you have just made an unearned windfall gain of $250,000. How fair is that? We should tax the land on its increased market value, payable when the house is sold, rising to 80 percent for second homes and 100 percent for third homes, sending a clear signal that it is no longer morally acceptable to own two or more homes when so many people can’t find a home they can afford at all.

These proposals, along with others, could end Canada’s housing crisis permanently, along with the chronic insecurity that many tenants experience. The critical piece is mobilization. Someone needs to form an Affordable Housing Alliance, with a chapter in every city, whose members who will fight for solutions such as this. Our ability to put up with financial stress and suffering is admirable, but when the suffering has a solution, it’s better to organize.

Guy Dauncey lives on Vancouver Island. His website is thepracticalutopian.ca

In Place: The Practice of ‘Stay’