Making The Dream Of Sustainable Living A Reality 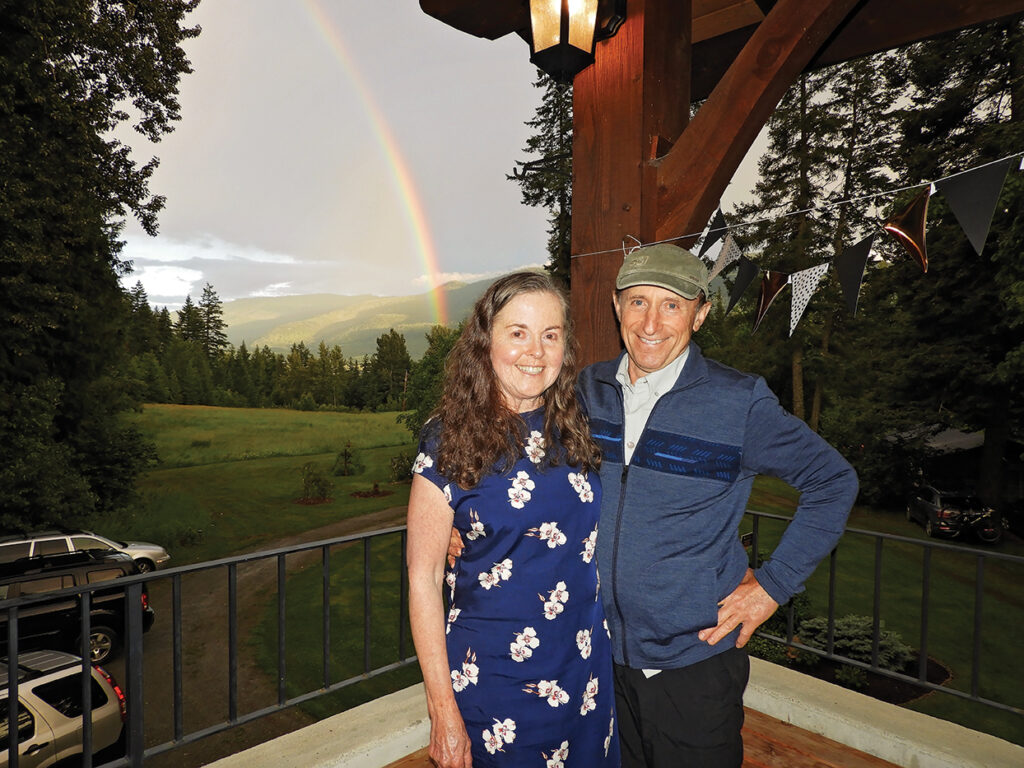 The dream of “living off the land” helped influence my decision 52 years ago to move to the Shuswap and live on a rural property above the lake at Lee Creek. It was just a few years ago that significant progress was made to realize that dream, when there was just one week between consuming the last of the still-green garden produce and when the new greens were ready to eat from the greenhouse, along with the asparagus and the parsnips that overwintered in the garden.

Growing our own organic food, while challenging and time-consuming, does provide multiple benefits. Although it can be physically demanding, gardening is more productive than a gym workout, given we are sustained by the fruits of our labour. Five decades of tilling the same land has also included much experimentation and learning, as we try new crops, use different methods, and as pests, inclement weather, and diseases take their toll.

During the summer, our vegetarian meals are a cornucopia of salads and vegetables direct from the garden, including some unfamiliar varieties. In addition to the standards, like peas, corn, beans, onions, cucumbers, beets, peppers, tomatoes, and all the cruciferous vegetables, our specialty is the artichoke.

In just the last two years we added a new vegetable to our list: fennel. It is resistant to most pests, easy to grow, and can be planted throughout the summer for multiple crops.

Key to being able to consume homegrown veggies year-round is having effective storage methods. I built our first root cellar out of cedar logs in 1973 and used dynamite to blast out the rock in the hillside where it was built.  It lasted over 40 years, until the logs finally rotted away. Our new cellar is made of concrete and faced with rock. Stored there during the winter are potatoes, beets, leeks, carrots, kale, Brussels spouts on the stem, and apples.

In our freezers, we have corn, peas, raspberries, currents, melon, cherries, blueberries, strawberries, Haskap berries, pesto, and soups. Since freezing lowers the nutritional value of the cruciferous vegetables, we make soup out of the cauliflower and broccoli. As well, we found fennel soup to be one of the tastiest. Other soups include vichyssoise, squash, and pear-parsnip.  There is nothing like a hot, homemade soup for lunch on a cold winter day.

Some vegetables, such as onions, garlic, and winter squash, only need a dry, cool place in the house for storage. Canning and pickling are the other two key methods of storage, and pickling has an added health advantage because fermentation adds to one’s gut healthy bacteria that aids in digestion. In addition to canned whole tomatoes, we have tomato chutney, paste, salsa, sauce, and a soup base that includes garlic and onions. The green beans are pickled, along with carrots. Instead of sauerkraut, we make kimchi, which is so good in sandwiches and with eggs in the morning. Our tomatillo salsa tastes best on tacos and enchiladas.

Beginning in late summer, the food dehydrators are busy drying fruit and herbs, including basil and rosemary. We make our own herbal tea from dried mint, rose petals, and lavender, and it tastes better than most teas from a store.

The most recent addition to help with storage is perhaps the simplest: a used fridge in the garage where the cabbage keeps until spring. Another way we add homegrown nutrition to our meals during the winter is by growing sprouts in a jar and shoots under the lights when we begin starting new plants in March.

Last year, for the first time, we grew Romano beans and found these very delicious and easy to grow, harvest, and store in the freezer after a brief parboil. This year we will be growing the pole variety to reap a larger harvest. Finally, we have found a delicious protein to add to our winter diet, allowing for some dinners to be almost fully homegrown. Thus, it is possible for nearly complete self-sufficiency in the Shuswap, where a large variety of produce can be grown.

Animal husbandry is, of course, another key part of living off the land. We do have chickens for the eggs, and back in the early 1970s, we raised goats and sheep. Now that we are primarily vegetarian, there is no reason to include farm animals, but that means I need to haul in manure. For the last few decades, it has been mostly goat manure, which is one of the best because it does not contain weed seeds. I combine some of the manure with garden waste, comfrey, the kitchen compost, and the chicken manure to make compost for the garden, which goes into the holes when I plant bedding plants; is used to side dress the heavy feeders, like broccoli and artichokes; and is used to cover the garlic after it is planted in October.

There are many variables in gardening, including when seeds are planted indoors to go under the lights, when the greenhouse is planted for an early greens crop, and when seeds are planted in the garden. For the last 11 years, I have kept a journal for keeping track of the planting to help as a guide for each new year. One goal is to time the planting of the cabbage to ensure it is ready to harvest at the latest date possible to reduce the time in storage. Many crops are staggered to allow for successive harvests throughout the year.

Our gardens produce far more veggies than we can consume, so we give the excess away to friends and relatives who do not have gardens. Growing excess food can also be an insurance policy, in case of crop failures, damage from weather events, raids by deer, and other losses. It seems like the longer we garden, the more pests we have to cope with, including the carrot rust fly, root maggots, aphids, and white fly.

Fifty years ago, we were part of the “back to the land” movement, and there are likely many of us still enjoying country living. It is refreshing to see the revival of this movement as more young people are farming and selling their organic produce and products in their communities.

Fifty years ago, we were part of the “back to the land” movement, and there are likely many of us still enjoying country living. It is refreshing to see the revival of this movement as more young people are farming and selling their organic produce and products in their communities. Governments need to develop policies and benefits to help more young people become farmers, given the many obstacles caused by the high costs of land and the many regulations. Most farmland in British Columbia is under-used, while most food is grown, raised, or processed outside of the province. Once we are free of the virus, food security should become a key issue.

Jim Cooperman was a provincial forest activist with the BC Environmental Network during the turbulent 1990s. He now focuses on local issues in the Shuswap, where he has lived on a rural property for 50 years. His bioregional book, Everything Shuswap, is a local bestseller. Visit his website at www.shuswappassion.ca.