Mason Jars and the Art of Plastic-free Food Preservation 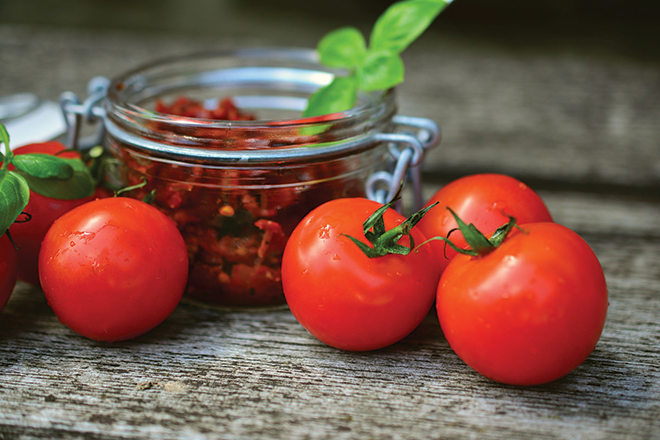 Summer tomatoes, fresh off the vine. Green beans, purple beans, and yellow beans, dangling among their tangled vines on the stalk. Cucumbers, hidden on the ground between their fuzzy, windy stems. These are just a few of late-summer’s magical garden offerings, the abundance that is our reward for patiently waiting through summer, winter, and spring as the plants take root and develop their fruit. With all this abundance comes a certain amount of responsibility, as well. We’ve brought this produce into the world and we’d better have a way of preserving it, or else all of our efforts have gone to waste. This is sometimes our downfall: just like with anything in life, without proper preparation we’re left to make last-minute decisions that aren’t always the best for ourselves, our food, or our planet. Our food spoils without quick action and this is such a tragedy. All that work for naught!

This year take a page out of John Landis Mason’s book and get yourself set up with some jars, a hot-water bath, and some empty shelves in your cupboard. Why jars? Put simply, they are safe, they are effective, they are plastic-free, and they stand the test of time. Jars are the most useful tool for storing just about everything that comes out of a garden.

John Landis Mason is considered by historians to be one of the founding fathers of food preservation. It makes sense, since the “mason jar”, as we’ve come to know it, was named after him. He invented and patented a metal lid that could be used to can food in jars in 1858 but by no means was he the first to figure out that adding heat and pressure to a jar of food would render it edible for months after it was harvested.

This feat can be attributed to Napoleon, of all people. In 1795, he put out a call for someone to come up with a method to preserve food and offered cash as a reward. Nicolas Appert, a French inventor at the time, answered that call and came up with what we now know as canning… in 1806!

Appert’s original method involved filling glass jars with food, then sealing them with wax and boiling them in water. But thanks to Mason, we can now preserve food in glass jars with a safer, more reliable metal lid and the resulting canned foods can grace our pantry shelves for months beyond harvest.

Nowadays, jars are used for so much more than canning. We use jars for just about everything food-related. Dehydrated treats like apricots or apple slices, or dried beans and pulses, fit nicely in jars of all sizes. Because of Mason’s lid invention, we have a safe and effective way to pressure-cooking soups and sauces, keeping food fresh for longer. And because of the durability of the jars, they can be used for hot or cold foods, going from freezer to fridge to soup bowl with ease. They are beautiful, too, especially when filled with teas or herbal infusions or dried delights. At every step along the harvesting process, whether storing herbs, vegetables, or fruits, jars serve a purpose and stand the test of time.

Jars are a safe and effective way to store food, sans-plastic. There are no chemicals leached out of glass, and they hold up better when exposed to intense cold or high heat. Jars save on cash and carbon emissions, too. Instead of driving to the store to purchase canned or frozen food from far-off lands, we simply have to make a quick trip to our pantries and freezers.

Anyone who has ever had the pleasure of filling up a jar with homemade goodies, made pickles, canned tomatoes, or had a jamming party will agree that there is something endlessly satisfying and gratifying about being able to crack open that jar weeks or months later to find a delicious bite of something gathered or crafted by hand. Having our pantries full of jars full of abundance gives us peace. When those jars are full of gathered food, we’re filled with a sense of accomplishment and we know that regardless of how our global economies are faring, as long as there is a jar of summer tomatoes in our pantry, we will be fine.

Ryan Elizabeth Cope is a Kelowna, BC-based advocate for plastic-less, healthful living. She blogs at Seven in the Ocean (sevenintheocean.com) where she marries her love of food with her disdain for plastic-wrapped garbage.