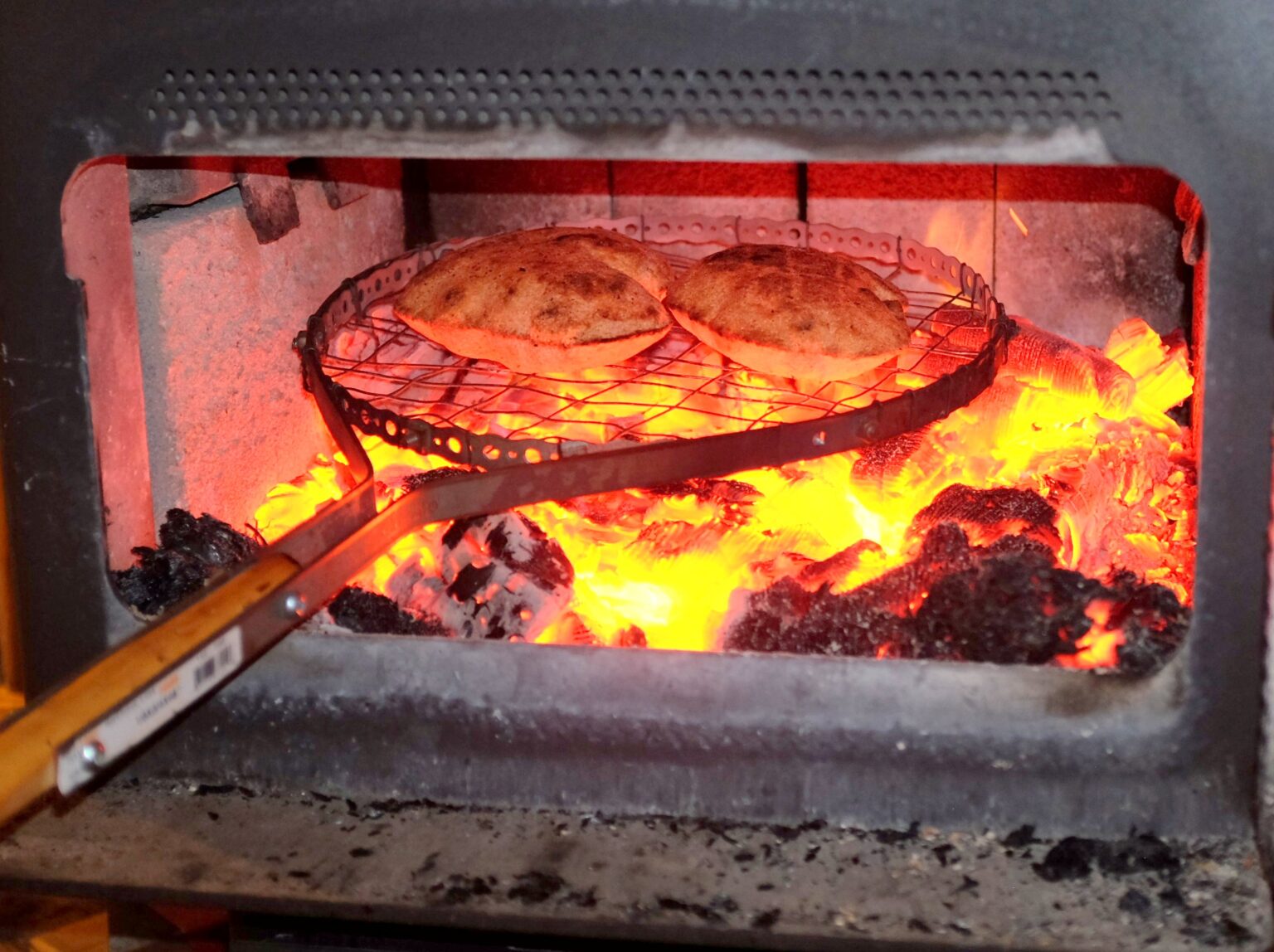 It’s the peak of autumn squash season as I write this, but you might be reading it when most pumpkins are in landfills and scarce on store shelves. Fortunately, they preserve well by freezing and canning so if you’re lucky, you’ve got some that you’ve put away. Otherwise, you can try this recipe with store-bought canned pumpkin and make a mental note to buy some for cooking next fall.

For years I thought of pumpkins only as a craft medium for Halloween sculpting. Now, after a number of kitchen experiments, I see jack o’lanterns as a waste of food. Baked pumpkin is delicious added to soups, sauces, and bread and it’s easy to make. I’ve read that regular pumpkins aren’t as good to eat as smaller “specialty” varieties, but the ones I’ve bought at Save On Foods from Horsting Farms have always been delicious. Just rinse the outside, cut in half, scoop out the seeds, and bake at 325 degrees F until soft—about an hour.

The seeds can be prepared separately after removing them from the other pulpy stuff by baking them for about a half hour at 250 degrees F then coating them with a bit of oil and salt. I like using a pumpkin with a diameter less than 10 inches so it will fit flat side down on an oiled cookie sheet. You can bake a larger pumpkin by cutting it in smaller pieces. When cool, scoop the flesh out of the shell with a large spoon, including the watery liquid that comes out in baking. Mash it like potatoes and freeze what you don’t need in small plastic bags.

You’ll find an amazing number of pumpkin recipes on the internet. Just search for “pumpkin cookies” or pumpkin anything, including bread, soup, casserole, cake, or soufflé. If you like to experiment, they can be substituted for other starchy vegetables in most recipes. For example, how about pumpkin with cranberries instead of mashed potatoes at Christmas dinner?

Here’s a recipe that I found online and modified. One of the things I like about it is that the only source of water is what’s in the pumpkin. The result is a surprisingly soft dough that’s easy to knead and has an undiluted pumpkin flavour.

If you want to make this as a quickbread there are plenty of recipes on the internet but, I like this yeasted version with a long, slow ferment.

Method
Mix, cover, and let sit at room temperature for 2–3 days if using the lesser amount of yeast or for 10 minutes if using the greater amount.

Method
Add salt, rosemary, and one cup flour to the initial ferment dough. Knead until combined, using as much of the extra two cups as necessary to create a smooth, elastic dough. Place in an oiled bowl and cover. Let it rise for a couple of hours.

Turn dough out onto a floured surface. Roll into a uniform log, cut in half, and set one aside. There’s nothing special about rolling out into a log and dividing. It’s just a way of getting uniform pieces of dough. With the first half-log, keep cutting in halves until there are eight pieces. Flour the freshly cut ends to keep them from sticking.

Using flour to keep from sticking, roll out each flat with a rolling pin to about 1/8-inch thickness. For skillet flats, start them one at a time and keep them going because they will be fast. You don’t need oil or cornmeal on the skillet. When it looks done on the bottom, just a couple minutes, flip it over and do the other side until it looks done. You can do them on high heat to speed them up if you’re careful.

For pitas, roll out two at a time and place on a lightly dusted (flour or cornmeal) cookie sheet. Bake until they inflate which should take only a few minutes. If you have a convection oven you should be able to bake four at a time using two cookie sheets.

After you try these, you’ll wonder why anyone would waste a pumpkin by carving it into a jack-o’-lantern.

Pat Teti was a research scientist with the BC government for 18 years and has always enjoyed making things.