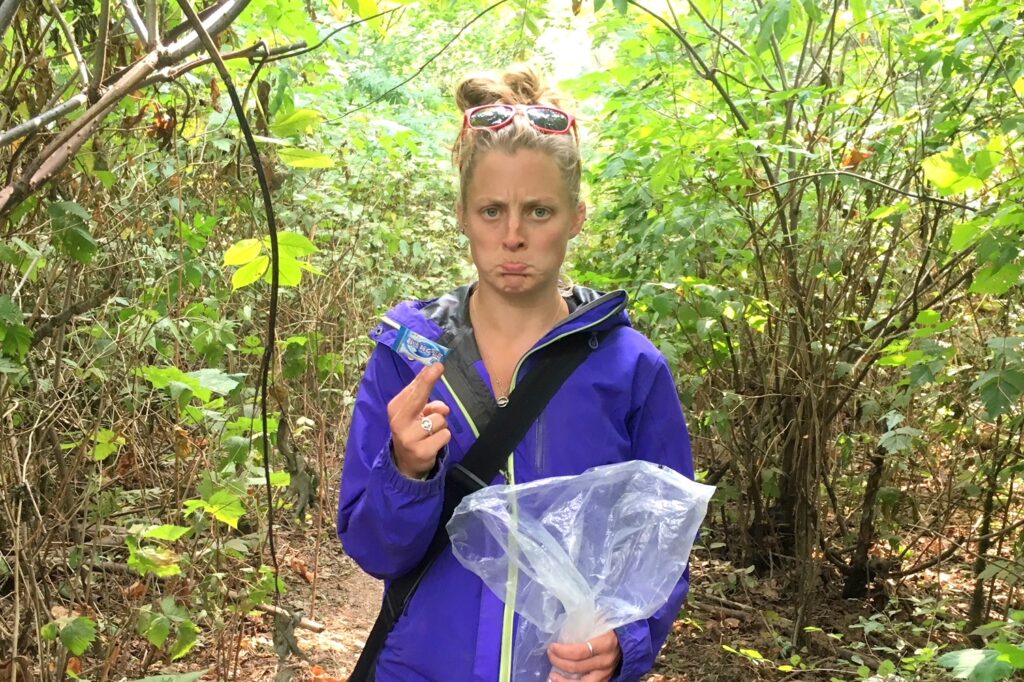 At the end of August, my partner Jan Vozenilek (a Kelowna-based cinematographer) and I were hop-scotching down the mighty Fraser River with two river rafts containing participants of the SLLP, or Sustainable Living Leadership Program, with the Rivershed Society of BC. They started the journey in early August, voyaging from the headwaters of the Fraser near Mount Robson, following the river’s path to where it meets the Pacific Ocean at Jericho Beach in Vancouver. This is an annual trip put on by the Rivershed Society of BC to raise awareness about the Fraser River, and to bring people together in community and work on projects for a more sustainable future. Our involvement was to help film portions of their trip and as we followed along in their journey for the section between Yale and Agassiz, BC, we elected to forego hotels in favor of our Boler, dubbed “Tomato” by Sue, co-owner of Fraser River Rafting Expeditions, an outfit that supported the SLLP in their journey down the river. We’re keeping the name!

Living out of a little camper allowed us to find and visit hidden, off-the-beaten-path spots along our route. We were fortunate to be the only people at these spots but despite this, we still found evidence that humans were there before us: plastic bottles, cans, old flip-flops, etc. The funny thing is that not too long ago, in the relatively recent past at least, humans were still leaving behind bits and bobs … but it was of a different quality of material.

Perfect example: while at Alexandra Bridge (Yale, BC) we ran into two young ladies road-tripping through BC en route to Alaska. One of them was wearing a shirt that read Don’t Be Trashy and that sparked a conversation about waste and how annoying it was for us to see and have to pick up other people’s trash in the great outdoors (because, of course, as environmentalists, we just can’t leave errant trash alone!). The other woman mentioned her love of hiking mountains, discovering old, abandoned mine sites, and seeing what miners of yore have left behind. We all agreed that their leftovers were more intriguing to us than any plastic bottle ever will be, and this I found so fascinating! Why is that?

Way back when, trash was comprised mostly of metals, wood, glass, and cloth … and there was way less of it, making each piece sort of special. Think about it: how often do you come across a perfectly intact plastic bottle in the forest, on the beach, in a tree … and feel compelled to keep it, or to take photos of it because of its stark but beautiful contrast with its surroundings? Pretty much never, I would imagine. Plastic bottles are ubiquitous. So are candy bar wrappers, plastic bags, spoons, and straws. They are less special and they’re an eyesore to boot. But come across a perfectly intact and ancient glass jar half buried in forest leaf litter, or an old, rusty railroad spike along an equally rusty railway, or a tiny glass medicine bottle bobbing along in a river, and you might feel compelled to pick it up, potentially tuck it away as a treasure discovered, and marvel at the life this item must have had. What is the story behind that jar, spike, bottle? Because these items are few and far between, we’re more curious about them. They impact us in a way that single-use, ever-present plastic waste never will.

One of the SLLP participants, a waste-management specialist (and Green Gazette columnist) named Oliver Berger, has a name for these discoveries, the ones we covet and wonder about. They’re called “groundscores” and, thankfully, along our journey we had a few of them. A jar and a medicine bottle were two of them. We’ve also picked up countless plastic bottles, caps, wrappers, fishing line, and coffee cups. As I look at our growing pile of waste, I find it amusing that though all of it is “trash,” I’m disgusted by the pile of plastic and enamored with the glass items.

Many postulate that we’ve created a new geological “Age” in the same way there was a Triassic Period and Ice Age. This one will become known as the “Anthropocene” and when future generations dig up our fossils, they will find, littered all around us, the plastics that hold no value, are everywhere, and never break down. I wonder, then, if future generations will come across an ancient plastic bottle in their version of a wild forest and think of it as a “groundscore?” For their sake, let’s hope not.

The purpose of this story is to illustrate just how little value we place on our trash these days and how this ultimately is not helping us get out of our predicament. How do we instill in each human the feeling that they should care for places they enjoy, to preserve them for themselves and others? A nice vision for the future is to imagine a forest devoid of our impact, where humans see waste for what it is and stop using wild places as their trash heap. I think it starts with the understanding that there is something worth protecting out there: if we put children and adults alike into a forest, onto a beach, or shove them out to sea and show them how powerful of a place it is, they might feel differently about wrecking it. We’ll create a world in which there are more awesome groundscores and fewer trashy messes.

Ryan Elizabeth Cope is a Kelowna, BC-based advocate for plastic-less, healthful living. She has lived and worked in several places on the coasts of both the Atlantic and the Pacific, from Hawaii to Maine. She blogs at Seven in the Ocean (https://sevenintheocean.com/) where she marries her love of food with her disdain for plastic-wrapped garbage. When not ranting ad nauseum about plastic, she can be found playing with her chickens, or concocting fresh juices in her kitchen.