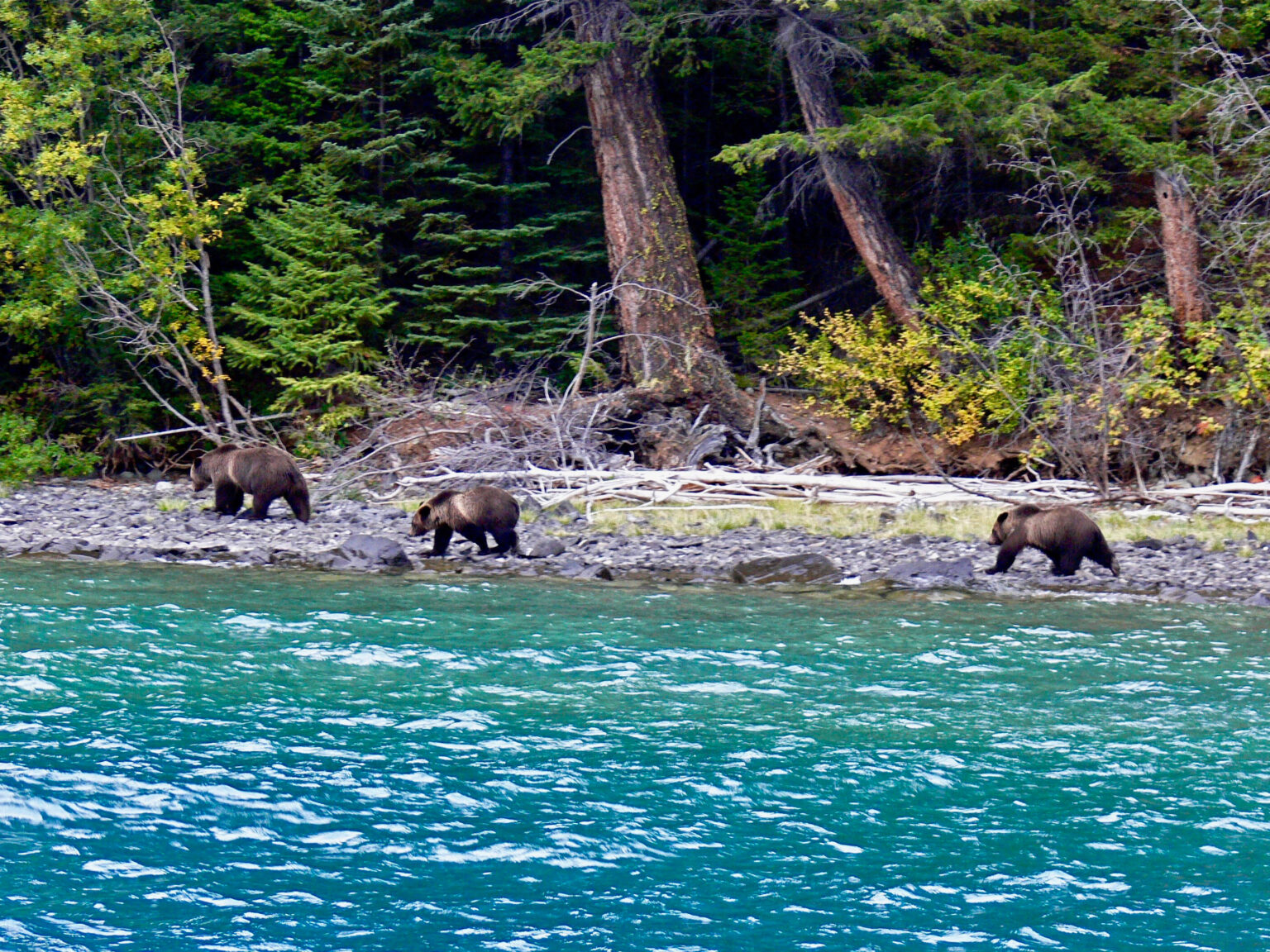 Article by BC Parks Foundation –

Lonesome Lake is a place where Grizzly bears gather in autumn to feast on spawning salmon and Steelhead trout, serenaded by a chorus of migratory birds, including Trumpeter swans saved from extinction on these waters.

The poetically named Lonesome Lake rests in a dry valley at the wild heart of Tweedsmuir Provincial Park and is an area of exceptional ecological importance. It is part of an area known as the Chilcotin Ark, flanked by the Chilcotin and Coast mountains and graced with endangered old growth stands of Interior Douglas fir.

Lonesome Lake feeds the Atnarko, a river system connected to one of the most important wildlife migration routes in BC: a “super-highway” for grizzlies, moose, and 140 species of migratory birds.

“Lonesome Lake is a sparkling gem in the wilderness crown of the Chilcotin Ark, spanning 560 kilometres from Tweedsmuir Park to the Fraser River and across the Chilcotin Mountains—the length of the European Alps,” said Ric Careless, vice-chair of the BC Parks Foundation. “Lonesome Lake is of international conservation significance, especially to the North American wildlife community. When we learned this historic property in the heart of the park was for sale, we had to act.”

That historic property was the backdrop to one of the most remarkable wildlife rescue stories in history.

A century ago, Trumpeter swans were hunted nearly to extinction for their elegant, white plumage. The decimated global population dipped to only 100 swans, with one-third of them wintering at Lonesome Lake. In the 1920s, a pioneer couple saw the wintering swans starving and dying in frigid temperatures and began a super-human mission of mercy.

Ralph Edwards, an ingenious homesteader dubbed “The Crusoe of Lonesome Lake”, wife Ethel, sons Stanley and John, and daughter Trudy, packed sacks of barley for miles to starving swans in the dead of winter, then broke lake ice to feed the desperate birds. Supported initially by the Canadian government in 1925, Trudy (eventually along with her daughter Susan) continued the Trumpeter feeding program at Lonesome Lake for over 40 years.

In 1957, Edwards’ biography, Crusoe of Lonesome Lake by American writer Leland Stowe, became a North American bestseller. The swan saga captivated North America with television appearances, Reader’s Digest and Life magazine making the family famous. Ralph received the Order of Canada in 1972 for his work with the swans.

The “Crusoe” clan is long gone from Lonesome Lake and nature has taken the place back. Earlier this year, Ralph Edwards’ granddaughter Susan put the original homestead of 153 acres up for sale.

The BC Parks Foundation (BCPF) began a fundraising campaign to raise $695,000 to protect the property. There were fears that old growth forests, animal habitat, and the swans themselves could once again be at risk with helicopter or floatplane traffic in the area if the lands were sold commercially to private interests.

Hundreds of British Columbians, Canadians, and international donors responded, helping BCPF cross the finish line a week before the deadline.

“Once again, we are overwhelmed with the incredible generosity and dedication of so many people to preserving our most precious natural areas,” Careless said. “The protection of this site in the heart of the Chilcotin Ark will ensure that Trumpeter swans and other wildlife continue to thrive at Lonesome Lake without disturbance. Now, with the protection of Lonesome Lake ensured, we plan to expand efforts to preserve other fragile and important areas in the Chilcotin Ark.”

The Chilcotin Ark is a lesser-known ecological complement to the higher profile Great Bear Rainforest, home of the famed Spirit Bear. The Ark drapes across the rain shadow on the eastern side of the Chilcotin and Coast mountains. As a result, the Ark features dry forests and grasslands that support high numbers of wildlife. Caribou, mountain goats, big horn sheep, moose, deer, and thriving populations of grizzlies, cougar, bobcat, wolves, and migratory birds are all resident in the Chilcotin Ark.

In addition to wildlife values, old growth Interior Douglas fir forest, found at Lonesome Lake, is the least protected of BC’s 16 major ecosystems, which scientists refer to as biogeoclimatic zones. The Chilcotin Ark features 10 of BC’s 16 zones—the most of any wilderness region in BC.

Because of these values and the saga of the pioneer family who saved a species, Lonesome Lake has tremendous historical and ecological significance.

In a world of disappearing species, Trumpeter swans are a notable conservation success story. The largest of all North American waterbirds now thrives across the continent. In BC, major populations overwinter at Comox on Vancouver Island and in the Fraser Delta.

“This story has inspired so many people, for so long,” says Andy Day, CEO of the BC Parks Foundation. “It shows that while humans have caused much damage to our environment and other species, we are capable of reviving and protecting them.”

Lonesome Lake is the latest successful fundraising campaign by the BC Parks Foundation, the official charitable partner of BC Parks.

In past years, donors have enthusiastically answered the call to help the BC Parks Foundation purchase and protect threatened ecological treasures, such as Princess Louisa Inlet, a fabled fjord on the Sunshine Coast; Ballenas Island, a rare plant sanctuary off Parksville; and, with partners, the Edziza Plateau in northern BC. -GG

The BC Parks Foundation’s mission is to protect, enhance, and sustain public parks, while promoting widespread, respectful use, enjoyment, and stewardship of these cherished places. Each year there are more than 26 million visits to B.C.’s provincial parks. You can learn more about their work by visiting them at bcparksfoundation.ca, or via their social media channels: Instagram @bcparksfdn and Facebook @bcparksfoundation.