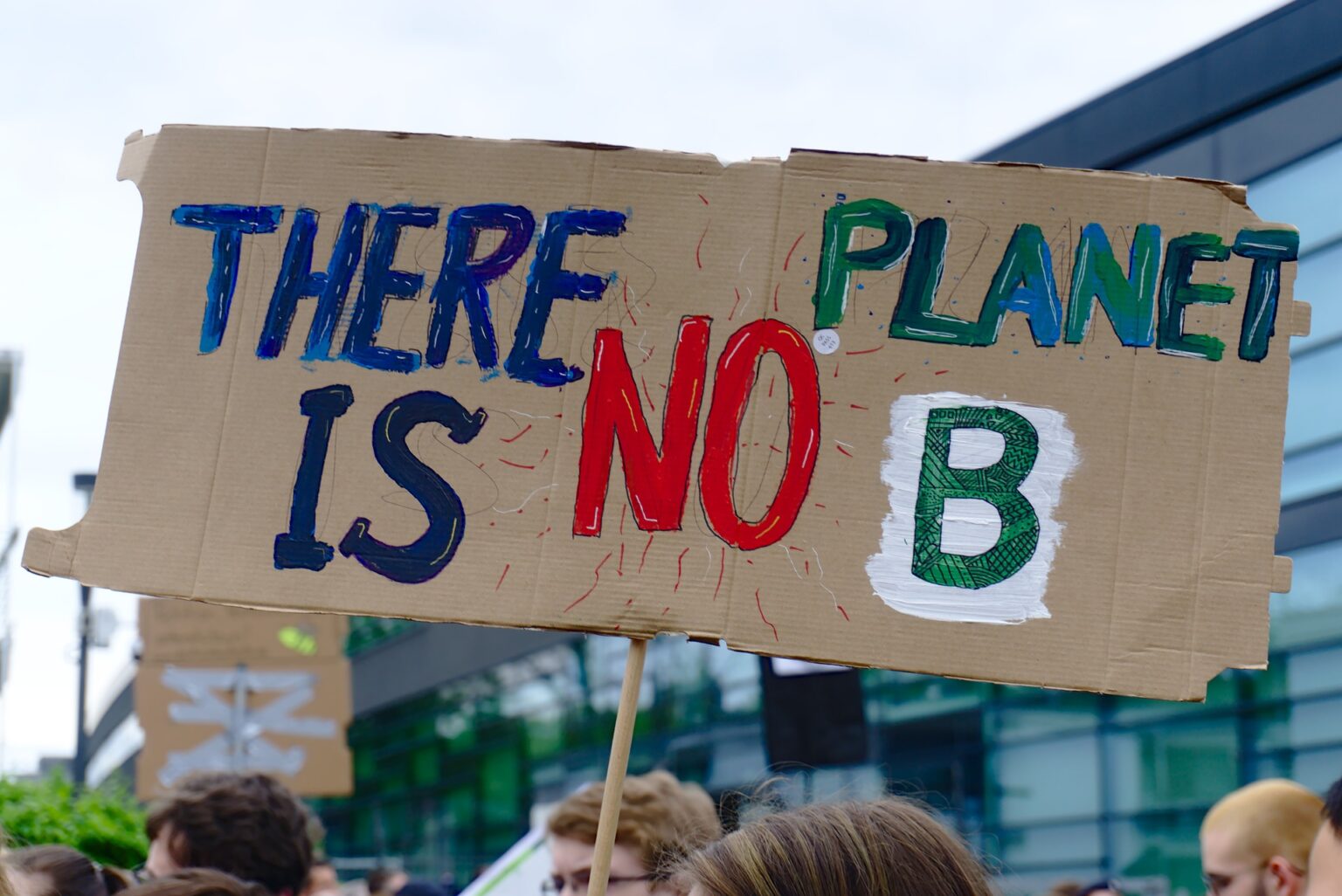 Every time we see a headline about climate change, it should inspire hope. Although the situation is dire, headlines validate climate change, put it in front of the people who can create change, and inspire people who can demand action. In Canada, these headlines will be especially important over the next few months as we get closer to one of the country’s most important federal elections. With only a few years left to turn this thing around, whoever we elect to run the country for the next 4 years will change the face of the country forever. Here’s the problem. The Intergovernmental Panel on Climate Change (IPCC) says we have less than 11 years to cut emissions in half while protecting the world’s remaining cultural and biological diversity. If we don’t meet that target, catastrophic impacts will follow, and the crisis will move beyond our control. That’s the bottom line. Agreements are in place in various places around the world, but they fall short.

The IPCC’s special report on global warming, which is based on more than 6,000 scientific references and the dedicated contribution of thousands of expert and government reviewers worldwide said, “Limiting global warming to 1.5 degrees C will require rapid, far-reaching, and unprecedented changes in all aspects of society.”

Here’s the even bigger problem: Canada is warming twice as fast as the rest of the world. It is breaking records for wildfires, flooding, and loss of sea ice, and as governments cling to the vestiges of the fossil fuel industry, thousands of families who depend on oil and gas are facing economic disaster with no backup plan.

That’s where the Green New Deal (GND) comes in. Developed from grassroots with the support of non-profits, climate warriors, and industry, the GND is a way forward for Canada, a comprehensive plan for politicians, and a game-changer for communities. Its defining characteristic is its reliance on two key principles:

This second point is especially important because it reconciles the need for urgent environmental action and acknowledgement of and protection for families who rely on natural resource extraction industries. The GND encompasses as sense of inclusion and holistic community building that does not seek to divide environmentalists and industry but bring people together with a solid plan that takes Canada beyond the end of fossil fuels to whatever comes next for all families.

The final text of a GND is currently under construction, but it will ideally conform with the scientific community’s recommendations ad include the most important issues for Canadians. For instance, the United Nations calculates a 45 percent reduction in global emissions reduction by 2030. To achieve that in Canada, governments must freeze fossil fuel expansion, make massive investment in low carbon infrastructure, guarantee well paying green jobs to anyone who wants one, and commit to genuine reconciliation with First Nations.

A GND is being built from the ground up with town hall meetings held across the country to identify the issues that matter most to Canadians. As a collaborative, inclusive document, the GND stands to become an important tool in the coming election because it gives parties a solid environmental reference to which they can agree or not, so voters have a clear idea of what they are opting for when they check the box on voting day.

This is extremely important because climate change policy stands to be a deciding factor in the election, and parties need to get their platforms on this issue right. As Kai Nagata, communications director for the BC-based Dogwood initiative told The Tyee, “The great fear is that two or three parties compete over the same progressive voters and a consolidated Conservative party basically just walks up the middle and grabs a majority.”

Contenders for Canada’s leadership have environmental platforms, but whether they will subscribe to the GND’s development and take it on as a campaign objective remains to be seen.

“New Democrats know it’s time to act. It’s time to fight like our future depends on it, because it does,” said Singh in an interview with The Green Gazette. “That’s why we have released a bold plan to fight climate change that will create thousands of new jobs, save families money, and take on big polluters.”

Although Singh didn’t refer directly to whether the party supports a GND, he did say an NDP-led plan would revise Canada’s 2030 GHG target to make emissions reductions in line with what science says is necessary to prevent catastrophic climate change and work with Indigenous people as full and equal partners in this fight against climate change.

“We would end oil and gas company subsidies and expand access to training and re-training for the new job market,” says Singh, adding the plan would create a Canadian Climate Bank to spur investment in the low carbon economy. He asks readers to check out https://www.ndp.ca/climate-and-jobs for more information.

Sabrina Kim, press secretary for the Office of the Minister of Environment and Climate Change, says the Liberal government is taking action to reduce emissions and adapt to climate change across all sectors—from industry, to buildings, transportation, and agriculture.

“This means using clean electricity to power our homes, workplaces, vehicles, and industries, and using energy more efficiently,” she says. “It also means more resilient infrastructure and ecosystems that can better withstand changes to the climate, and it means expanding protected areas and parks with a whole host of important new conservation measures.”

She said the notion that government can only protect the environment or grow the economy is a false choice. “We know that we can and must do both,” she says. “Canadians and businesses are already feeling the costs of climate change through extreme weather, flooding, wildfires, and more. They also want to be at the forefront of the clean economy that could be worth trillions of dollars.”

Kim did not address the question of whether the federal Liberals supported a Green New Deal, but she did say the Liberal platform development process is being led by National Platform Committee Co-Chairs Mona Fortier and Ralph Goodale who are still continuing discussions with business, labour, environmental, Indigenous, and community leaders across Canada.

“They continue to hear new ideas from the Liberal caucus, grassroots Liberals, and Canadians directly,” says Kim. “We will have much more to say about the platform’s ideas and commitments in the weeks ahead.” Watch for current and coming objectives at https://www.liberal.ca/realchange/climate-change/.

Steve Parkinson, director of policy and correspondence for the Green Party of Canada says the Greens support the creation of a GND that implements its two founding principles and is committed to legislating a comprehensive, science-based, climate plan that meets the IPCC’s recommended targets, immediately.

“Our mission is a climate action plan that incorporates all the requirements for economic justice, just transition, and the guarantee of meaningful work, while also respecting the United Nations Declaration on the Rights of Indigenous People and recognizing that we cannot achieve climate security in the absence of equity,” he says. “The Green Party’s 2019 election platform will meet and exceed the Green New Deal (US) and The Pact for a Green New Deal (Canada).”

In terms of reconciling drastic environmental change with prosperous jobs, Parkinson says the writing is on the wall. “A quick transition away from fossil fuels is necessary as we face the climate emergency, and Part 4 of the Canadian Environmental Protection Act empowers the Minister of Environment to bring in regulated limits of emissions of GHG from any facility in Canada,” he says. “Our possible climate action plan commits to a Just Transition, putting in place the training programs and supports required to ensure that Canadian workers and their families from across the fossil fuel industries are able to thrive during the transition to a low carbon economy. We welcome industry’s presence at the table as we work towards solutions that work for all.” Read more at https://www.greenparty.ca/en/platform/bold-climate-action.

The Conservative Party did not respond to our request for an interview, but it does list its environmental platform at https://www.conservative.ca/cpc/andrew-scheers-climate-plan/.

In August, advocacy group for global climate action 350.org collected close to 50,000 signatures from people across Canada demanding a leaders’ debate on the climate crisis. Such an event has not been arranged by national media at the time of writing, but 350.org and affiliated groups are calling for a day of action September 27 with a massive youth-led mobilization expected to be the largest global mobilization on climate to ever take place. Visit 350.org to learn more and to participate.