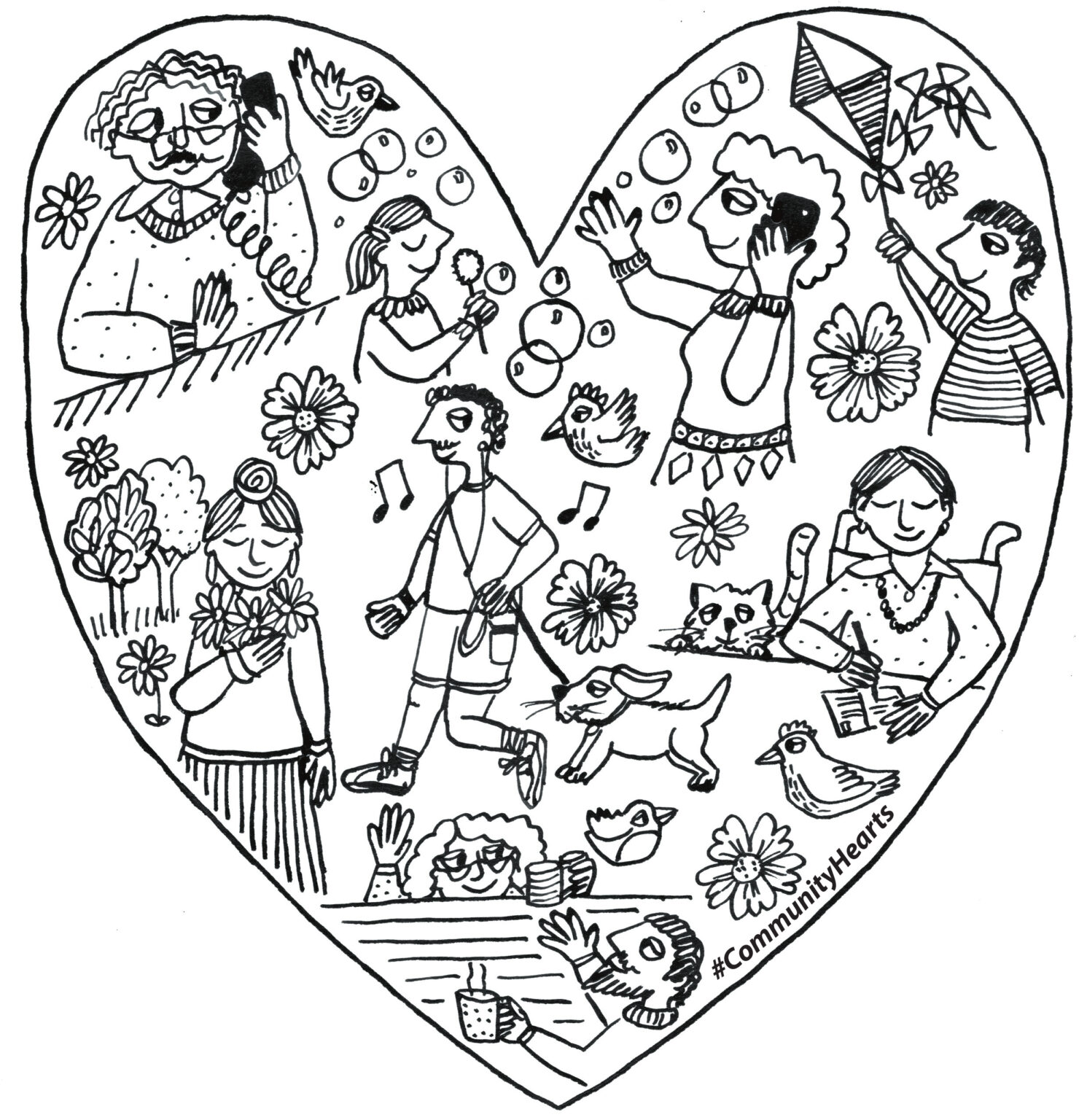 Loneliness. At the start of the pandemic, a survey found that more than half of Canadians felt lonely and isolated. Among young people aged 18–34 the feeling rose to 68 percent. Loneliness is often accompanied by a feeling of shame, that you ought not to be feeling this way, that you ought to feel happy and connected.

We feel loneliness personally, but it is not a personal problem. For millions of years, our ancestors lived in close communities where everyone knew each other and helped each other out. It is only very recently that family and neighbourhood connections began to dissolve. It seemed to start in the 1970s, when people used their increased incomes to buy cars and televisions, divorce each other more often, and live further away from their parents. Not all marriages are good, not all parents are kind, and not all neighbours are friendly, so for some, this was a relief. But when those connections dissolve, what arrives in their place? Among other things, loneliness.

In Britain, in 2011, 51 percent of people surveyed said they wouldn’t normally ask their neighbour for help of any kind. Seventy percent didn’t know any of their neighbours’ names, and only six percent said there was a strong sense of community where they lived. In America, in 2018, 40 percent of people said they often felt lonely, a proportion that has doubled since the 1980s.

How can we turn this around? Every community project, street party and sports team helps, but something more is needed. I believe the secret to the problem has been found in the small Somerset town of Frome (pronounced Frume) in England, population 28,000.

When people are feeling isolated and depressed, they tend to go to the hospital’s emergency department more often. A doctor may only have ten minutes to see each patient, so it’s hard to tease out an underlying condition that may have its roots in loneliness. In Frome, Dr. Helen Kingston and Jenny Hartnoll set out to change this, to create a community where people would be supported to be creative, active, and resourceful in response to their own needs and the needs of others. Working out of the Frome Medical Practice, they mapped the resources of the whole community and then created an online directory of all local community services and non-profits—and there are a lot of them. They set up five weekly Talking Cafés where people could meet (in pre-covid times) and talk about anything that matters to them, and they set up peer support groups for everything from macular degeneration to dementia, running 250 groups a year. This enables the doctors to have social prescribing at their fingertips: “Join this support group and sing in the choir once a week.”

They then invited people to train as Community Connectors. In a two-hour training, they teach people how to listen compassionately and how to use the community directory to guide people toward a group or resource that might interest them, such as a choir, a walking group, or a support group. Since 2017, they have trained 1,500 people—five percent of the town’s population—to become Community Connectors. Once they are trained, they don’t do anything particular, but when they bump into someone, they know how to ask, “Can I help you?” and listen compassionately to the answer. If the conversation goes that way, the Connector might suggest a local group or resource that might help. If each of the 1,500 Connectors has 20 such conversations a year, that’s 30,000 conversations a year.

“The more people who are there who know what’s available, the more we can all support each other as a community,” Hartnoll says.

We feel loneliness personally, but it is not a personal problem. For millions of years, our ancestors lived in close communities where everyone knew each other and helped each other out.

The new relationships are enabling people to overcome loneliness and isolation, and they are also reducing hospital workloads and costs. Between 2013 and 2017, in all of Somerset, emergency visit costs rose by 29 percent. In Frome, by contrast, emergency admissions fell by 17 percent and costs fell by 21 percent.

Wouldn’t it be great if every community in Canada could do the same? To learn more, go to the Health Connections Mendip website (healthconnectionsmendip.org), and read The Compassion Project: A Case for Hope and Human Kindness from the Town that Beat Loneliness, by Dr. Julian Abel and Lindsay Clarke.

Guy Dauncey is the author of Journey to the Future: A Better World is Possible. His website is www.thepracticalutopian.ca.