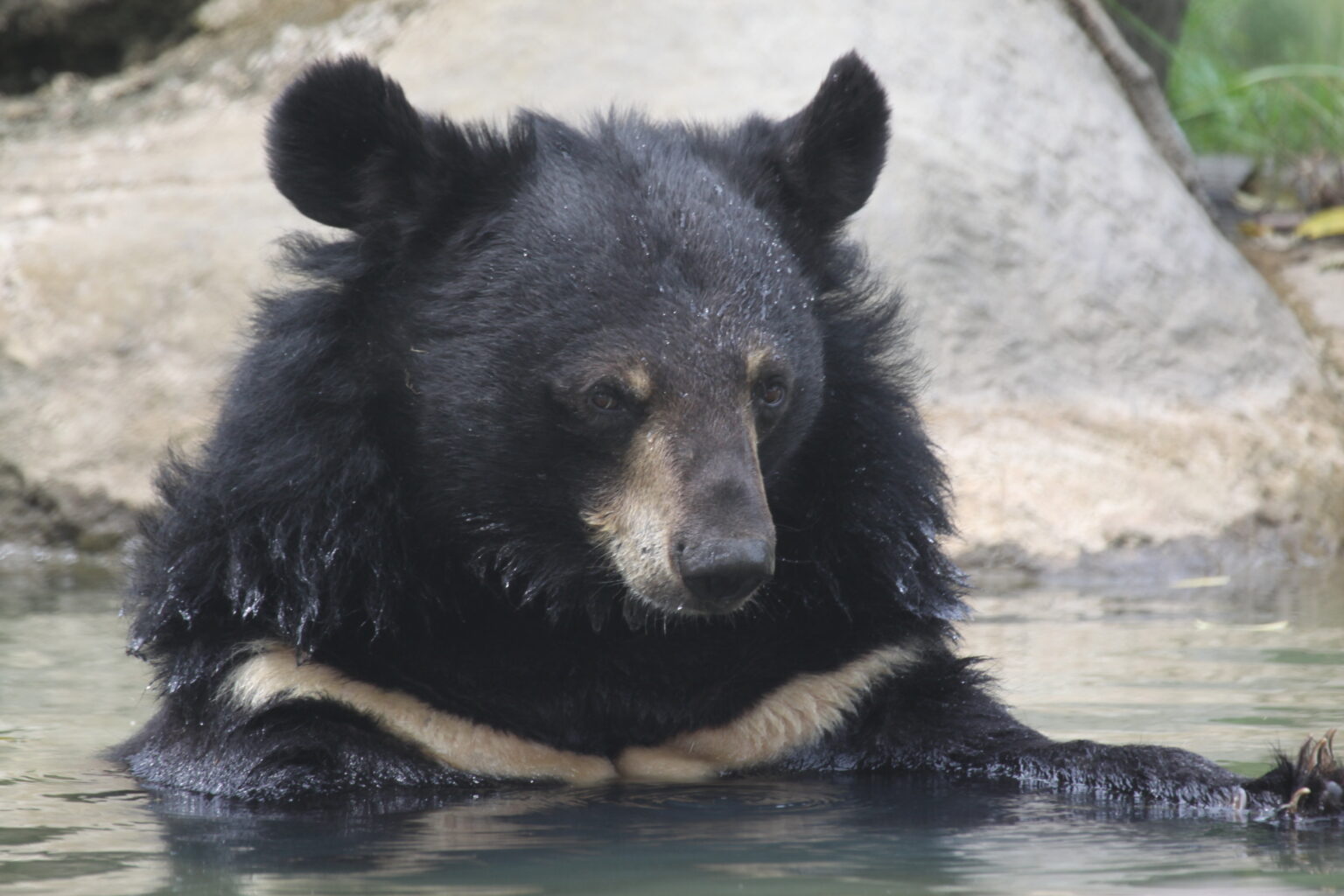 The illegal trade of wildlife is ravaging our planet of life and diversity. Myriad species are drawing ever closer to extinction as we exploit them for food, medicine, pets, ornaments, leather, fashion, and even good luck charms. Poaching wildlife for trade now rivals habitat destruction as a key threat to the survival of species. Bears are no exception.

Our planet is home to eight species of bears that are found across Asia, Europe, North America, and South America. Six of these species are found in Asia, with four species, Asiatic black bear Ursusthibetanus, Sun bear Helarctosmalayanus, Sloth bear Melursus Ursinus, and Giant panda Ailuopodamelanoleuca, endemic to the region, and two others, Brown bear Ursusarctos and Polar bear Ursusmaritimus, found in Asia’s Arctic Siberia.

In Asia, bear populations are considered in decline across their ranges. This is in part due to habitat loss, but increasingly it is the illegal and unsustainable poaching and killing of bears fuelled by widespread, blatant, and thriving black-market trade in bile and derivatives that is the primary cause for declines. This illicit trade is largely driven by demand for their gall bladders and bile, which are highly valuable ingredients in traditional medicines used to treat a variety of ailments such as the flu, sores, haemorrhoids, sprains, epilepsy, and liver diseases.

Bear meat is also coveted and sold in wild meat restaurants. The paws are considered a delicacy and health tonic when soaked in wine. They are in particularly high demand in countries such as China and Vietnam. Between 2000-2011, over 6,000 bear paws were seized on route to China, equating to at least 1,500 individual bears, the majority of which were Brown bears from Russia, destined for the luxury meat trade. Other parts, such as claws, teeth, skulls, and skins, are traded as trophies, talismans, or souvenirs. Live bears, especially cubs, are also captured to stock bear bile extracting facilities (generally referred to as bear farms) in China, Lao PDR, Myanmar, and Vietnam, or increasingly to be sold as exotic pets.

Asian bear species are largely protected from hunting and trade throughout their ranges. They are also listed in Appendix I of the Convention on International Trade in Endangered Species of Wild Fauna and Flora (CITES), which generally prohibits commercial international trade.

Regardless of the legal protections in place, bears in trade continue to be illegally sourced from the wild. In some countries, including China, Lao PDR, Myanmar, and Vietnam, there are so-called bear farms, where bears are kept in horrific conditions, alone in extremely small cages, and the bile is drained out of them through pipes regularly inserted into their gallbladders. This practice began in the mid-1980s in support of the commercial bear bile trade and, in the minds of some, on the premise that it would alleviate pressure on wild bear populations as captive breeding programs would be established. However, studies have shown the opposite to be true, as most of these farms rely on wild-caught bears, with the Asiatic black bear being the most commonly used species.

The demand for bear parts and derivatives is not just confined to Asia. In June 2019, Canada participated in an INTERPOL-led operation called Operation Thunderball and found 16 baculum (the penis bone of a bear), bear testicles, and a number of bear paws in three provinces, being smuggled out of the country.

Currently, the consumption of bear parts in Asia is unsustainable, and if left to continue at the current rate, will very likely lead to the extinction of some bear species in the wild. One of our goals in Monitor Conservation Research Society (Monitor) is to reduce the illegal hunting and trade of bears. This includes researching and monitoring national, regional, and international trade dynamics to support law enforcement efforts to end this illicit trade. We are also working to raise levels of awareness among consumers and practitioners of traditional medicines regarding legislation, consequences, and bear conservation.

With World Animal Day rapidly approaching on Oct 4, there is no better time to consider what you can do to support bear conservation in Canada or abroad and join the effort to prevent further decline of wild bear populations. Educate yourself on the threats to bears and get involved or support research and/or conservation programs. Everyone has a role to play.