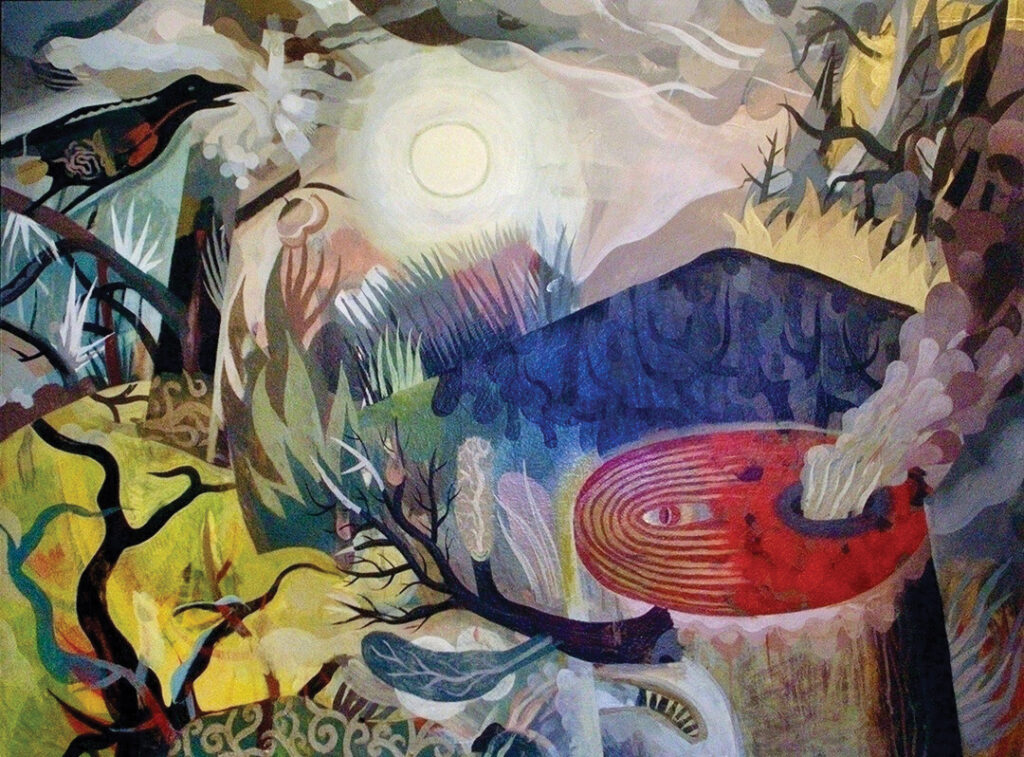 The most common narrative about the future is dystopian, one that is feared and that most people avoid thinking about. This is because, despite continued warnings by world scientists, some politicians, and environmental activists like David Suzuki and Greta Thunberg, greenhouse gases continue to accumulate in the atmosphere, forests continue to be devastated, farming practices continue to add to the problems, and feedback mechanisms are spewing out exponentially more carbon and methane.

A more promising approach would be to imagine a best-case scenario future, one where the planet is continuing to warm up but where society has learned to both cope and thrive. In order to achieve a more promising future than what the cards are currently dealing, three prerequisites need to be met that would lay the foundation for a better future.

Key to our ability to thrive in the future will be pre-emptively adopting climate change adaptation measures that will minimize the impacts from fires, heat, drought, storms, and other emergencies. The second prerequisite is overall societal and economic stability from the world level down to the regional level. The third would be achieving equitability, with co-operation replacing competition, the wealthy paying their true fair share, and poverty eliminated.

One value of considering what a better future might look like is that it enables back-casting to identify what policies and programs are needed to reach to future desired state. By imagining an ideal future condition, one can better understand what is needed to get there. If we want our grandchildren to experience the best possible future, there is no better time than the present to help make that happen.

Imagining a future 30 years from now that is better than the one we are heading for now requires a major “Don’t Look Up” event that would cause a paradigm shift and result in a significant reversal in the current trends of ever-increasing income inequality, climate change disasters, and corporate control of the political agenda. That event could come sooner than expected, as scientists are sounding the alarm about the impending collapse of the Thwaites glacier, which is the size of Great Britain, in Antarctica.

The aptly nicknamed 80 miles wide “doomsday glacier” is held back by a rapidly destabilizing floating ice shelf that has cracks crisscrossing its surface. When it breaks apart, the glacier could slide into the ocean causing sea levels to rise upwards of 65 cm (two feet), which would then flood coastlines throughout the world. Although this event would be devastating, it would be exactly what is needed to move the climate crisis to the forefront for everyone, including those who deny climate change and those who continue to profit off the continued use of carbon fuels.

Once countries are faced with resettling millions of people, all other concerns will likely fade away as people unite to make the changes needed for both human survival and to tackle the climate crisis. All aspects of the economy and society will need to shift, as people realize that only by working co-operatively will the shift to decarbonization, greater income equality, and true sustainability become possible.

Provincial and federal governments will have their hands full coping with the coastal flooding crisis, thus local communities will need to take on greater responsibilities. There will be a major shift to a circular economic system, where money circulates more within each community. The result will be more food and goods are produced and sold locally and, gradually, more of what we need to live will come from our own region. Co-operation will outpace competition, as communities, companies, and neighbours work together to provide more of what is needed for all citizens to thrive in a rapidly changing world.

If and when the world finally decarbonizes, the structure of the economy will need to change, resulting in less reliance on world trade and greater self-sufficiency. One way to achieve this goal could be to tax goods according to how far they are shipped, to give an advantage to local production.

Given the massive amounts of CO2 that are pumped directly into the atmosphere by the airline industry, the tourism sector will also need to change. Flying to distant countries is a form of entertainment that will no longer be socially acceptable when millions of people are desperately trying to survive after their homes and businesses are underwater.

Most importantly, the crisis will alter most people’s obsession with consumerism. The world is drowning in far too many manufactured items, from clothes to plastics to vehicles, while most of it ends up as waste. The crisis made evident by a sudden rise in sea levels should shock most people enough that they should accept a future where they do not have the freedom to purchase anything they want and as much as they want, whenever they want. Austerity helped win the Second World War and it would be needed again to battle climate change.

A critical factor that will be essential for survival as the planet heats up is innovation. The best minds will need to focus on developing new technologies, better batteries, more efficient heating and cooling systems, less expensive and more resilient housing, and more sustainable and productive farming techniques.

Ideally, in 2052, crown land is managed sustainably to absorb carbon and store water. The loss of lives and homes to wildfires has prompted intensive forest management near communities, and that includes development of fire-resistant stands and conversion of coniferous forests to ones mixed with deciduous trees. While electric powered machinery does much of the work, the Canada’s Earth Corps, staffed by young people as part of their education and public service, handle most of the physical work.

Leading up to that point, while the number of fires continued to increase, the damage to property decreased as fire control became a high priority. Wildfires are now extinguished quickly thanks to high-tech satellite detection, locally stationed aircraft, drones, and Earth Corps firefighters.

Key to this success is contributions from improved water management. Nearly every creek in the region has a series of run-of-the-river reservoirs that capture the spring run-off, which varies greatly due to climate instability. In addition to fire control, the stored water is used for human consumption, agriculture, and aquaculture.

Adaptation efforts include intensive field-based inventory work, as well as regular monitoring of forest conditions. Forest steward professionals follow comprehensive ecosystem-based standards to protect and restore ecological integrity and live in the communities close to the forests they manage. Extra attention is given to watershed management to meet community water needs and to help prevent flooding and landslides. Silviculture practices ensure that burned areas are protected from damage by salvage logging and replanted as soon as possible with native trees suited to the higher temperatures and long droughts caused by the climate crisis.

The overall goal for land management in 2052 is to conserve, restore, and protect biodiversity, water, soil, and healthy natural forests, all in an effort to promote resilience. As well, efforts are increasing to better understand the rapid changes that are unfolding as the planet continues to heat up. With extreme weather events now the norm, there is an urgency to develop new ways to assist forests to adapt, and new ways to develop technologies and systems to prepare for and cope with what is expected to be a far more intense and life-threatening future climate.

This is an abridged version of the future vision. To read the full story, which covers farming, housing, education, social life, and infrastructure, visit shuswappassion.ca.

Jim Cooperman, author of Everything Shuswap, is a longtime environmental activist and bioregionalist. He and his wife, Kathi, live in a log home they built on 40 acres above Shuswap Lake.