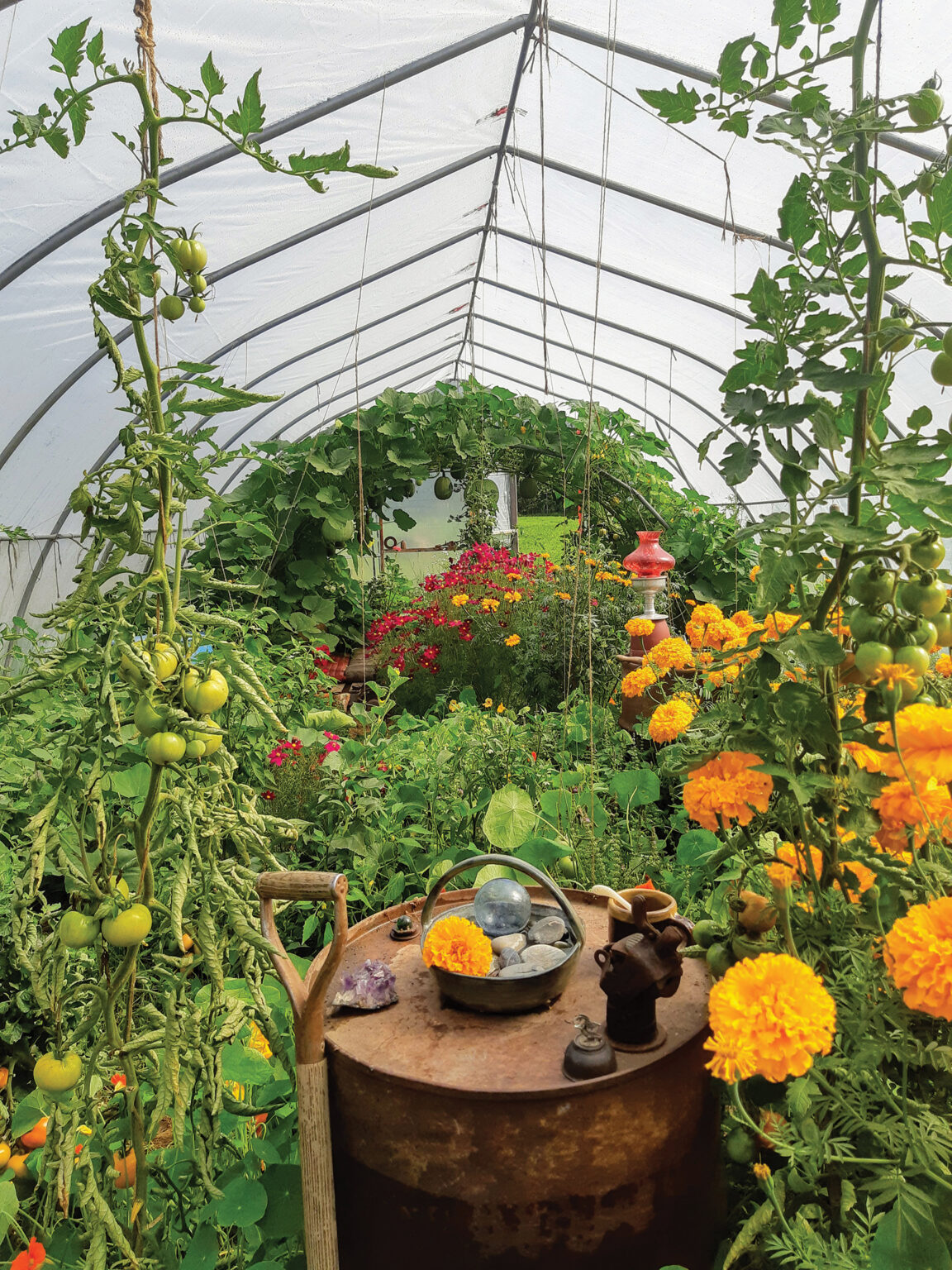 One of my favourite bits of gardening advice comes from Eliot Coleman and goes something like this: If your garden is a place you want to spend time in, you will spend more time there and consequently, it will become even more beautiful, and you will want to be there even more!

After market gardening for seven years, I didn’t always want to spend time in my garden. For the first few years after I moved to Quesnel from Williams Lake, I almost had to force myself to tend my new garden space that was full of quack grass and other weeds and just seemed so daunting. But over the last few years, I have finally begun to listen to the advice I always give in my gardening workshops, and my garden has now become my favourite place!

Last year when the world shut down, it seemed that everyone discovered gardening again. I think this has been one of the silver linings to this whole strange time in the world. In April, I suddenly found myself with even more time than usual, and I began planning a completely new approach to my garden and greenhouse. Combining both permaculture and biodynamic growing methods, I even surprised myself with the lush oasis I created that produced more food than ever before!

Our greenhouse was the one I had used for market gardening, and for the first few years after I arrived here, I actually left half of it empty because it was just too big for the two of us. In January of last year, we were heading home from a walk and approaching the greenhouse across the meadow and I lamented that I really was not making good use of the space. “It’s 800 square feet!” I said to Mark. “That’s way too many tomatoes!” Mark laughed and replied that it was the same size as the house belonging to one of our closest friends, and that simple comment made me rethink my whole idea of the greenhouse. “I need to grow some rooms in there,” I replied.

As spring slowly arrived, we set up a squash arch from pieces of my smaller, unused greenhouse, and I began drawing elaborate plans for how to move away from the greenhouse-on-a-grid, as I had always grown it, to create meandering paths and plant communities. We placed old barrels throughout the space and filled them with water that warmed up all day and then radiated heat back out at night. I planted basil and peppers and tomatoes around the barrels, and as a result, I had peppers and tomatoes earlier than ever before and basil that lasted longer into the fall. I filled every inch of my greenhouse space, and in between the plants I seeded clover to fix nitrogen and to act as a living mulch to conserve water and keep out weeds.

I combined so many different flowers and vegetables and had so much fun experimenting with different combinations of plant communities. One of the unexpected things that made me so happy was the bees! In previous years, every evening when I would go out to close the greenhouse, there would be several bumblebees trapped near the top and I would spend way too long holding up a rake until each one would land on it so I could lower it out the door and let them fly away. Last summer, though, because there were so many flowers in the greenhouse, the bees stayed low to be near the blooms and flew in and out of the doors without flying too high and getting themselves trapped. I also had a few saucers of water filled with pretty stones where the bees could safely drink without risk of drowning, and instead of bees becoming trapped in my greenhouse, I found that many of them just decided to live there full-time. There may have been massive upheavals and a global pandemic going on outside, but I found it was hard to stay anxious when each morning I was greeted by cute little bumblebee butts peeking out of the marigold blossoms!

Beneath the squash arch I made myself a little reading nook, and in that rainiest of summers it became my sanctuary. Lying on my mattress, snuggled up with a cat, I could gaze up at the squash leaves above and feel all my troubles melt away.

This year we plan to set up a bathtub beneath the squash arch!

If you need me, I’ll be in the greenhouse.

Terri Smith is an artist, educator, gardener, burlesque performer and sometimes reluctant writer living in Quesnel, BC. She teaches workshops on gardening and needle felting and can be found on Facebook at: Road’s End Vegetable Company, or: Something Magical.