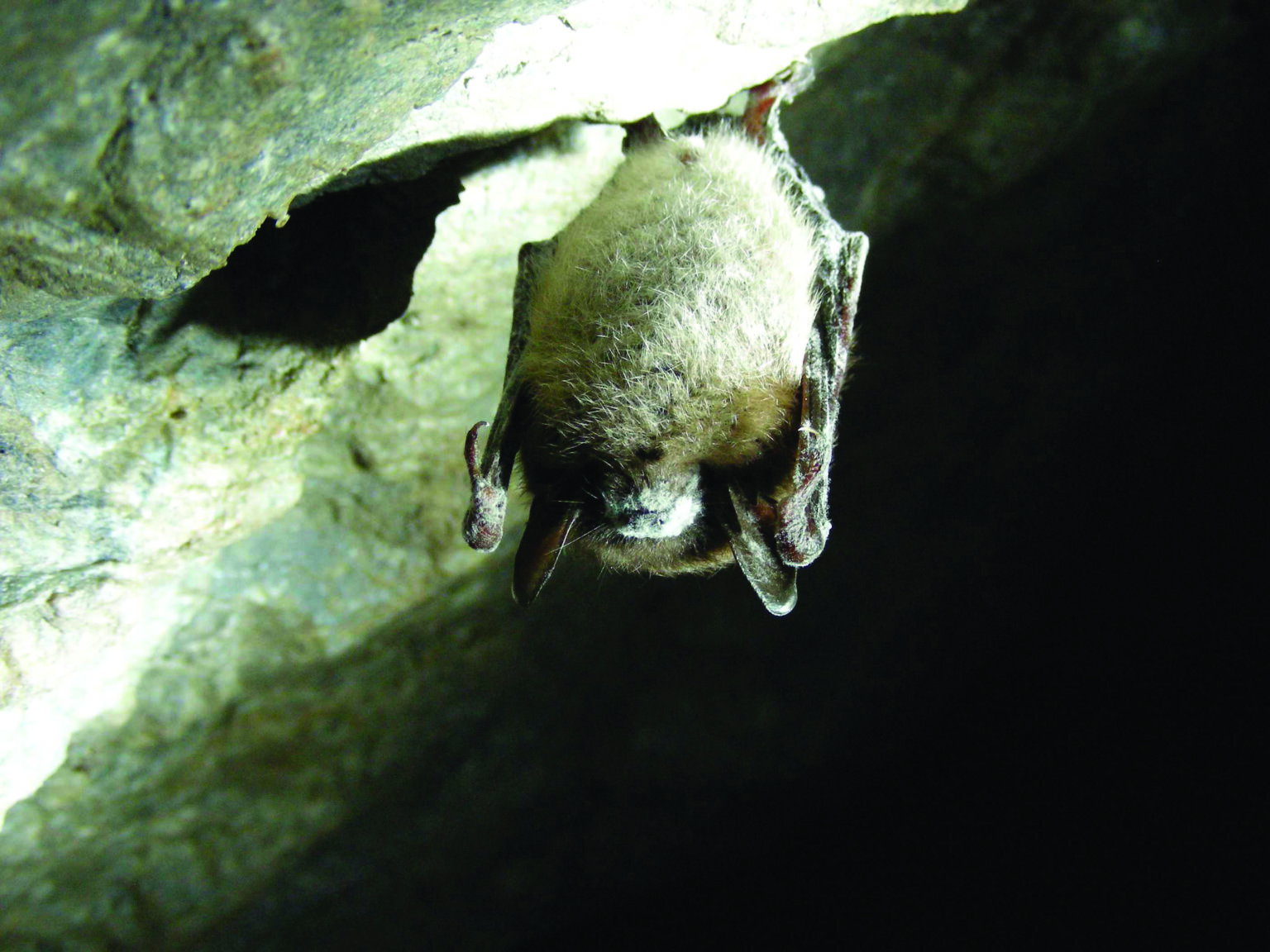 It was the first time Julie had come to stay overnight at my cabin-house. Through raising teenagers at the same time, we had become best friends. Then, Julie moved away from the Cariboo and a few years later we moved, too, to a magical spot in the woods in Horsefly, BC Of course, Julie came to visit, and it was that night we made an important discovery.

With a lavish August sun setting over the lake, Julie and I climbed into my hot tub, each of us with a glass of chilled chardonnay. She sighed, sinking her shoulders down. As we chatted, we heard a peculiar scratching at the edge of my cabin’s tin roof. Then, something seemed to fall out. Julie and I peered into the looming darkness in stunned disbelief as we counted over 90 small brown bats, dropping and gliding silently above to feast on the multitude of mosquitoes and other insects.

Strong myths raise many fears, vilifying bats as hosts to disease. Could my little piece of paradise be tainted? Can people coexist with bats? I was warm to the idea of their dietary choice. That could be mutually beneficial. By mid-September they were gone, and all activity ceased. I stuffed copper ribbon into the ridges on the corrugated roof and installed three bat houses. Excluding bats can be done safely and without harming them if certain measures are put in place, during the time they are away.

Uncertainty lingered, however. Was copper ribbon the right material to stuff in? Would they move into the bat houses? Toward the end of April, I had my answer. They were back in my roof. I wanted to think the best of the bats; however, I needed more information. Thankfully, my research led to a community bat program (CBP), which operates under the mandate to educate landowners about conserving this vulnerable species.

I registered my colony through the CBP website. When I say this out loud, a smile breaks onto my face, stemming from a yearning to in some way take part in animal conservation. Within 24 hours a volunteer called, deftly congratulating me, and setting up contact with our regional educator. One Tuesday morning I spoke with Bill Gilroy from Scout Island Nature Centre in Williams Lake. He enthusiastically informed me that my house roost is a maternal colony. They love the heat of a metal roof while raising their pups. Did I know they are called ‘myotis’ bats, named for their little mouse-like ears? Bats are not aggressive, nor do they claw or destroy their roosts.

Bats can carry rabies and should therefore never be touched with bare hands. The CBP is on the lookout for signs of white-nose syndrome (WNS), a fungal disease harmless to humans but responsible for the deaths of millions of bats. WNS was detected in Washington State and soon it will likely be here.

Both human and environmental health is intertwined with all the fauna with whom we co-exist. My summer visitors now ask, “How are the bats?” Some do live in the bat houses. When the pups begin to fly in August, we do our official count—only 58 this year. Bill Gilroy agrees that the fires of 2017 affected them. Julie feels like a bat godmother, and we are both curious about whether the colony will rebuild. Time will tell.

What You Can Do to Help

Dianne moved to the Cariboo 26 years ago to be closer to nature. She is a natural living inspirationalist. Follow her on Instagram: @hairsadream.