It was not a dark and stormy night… 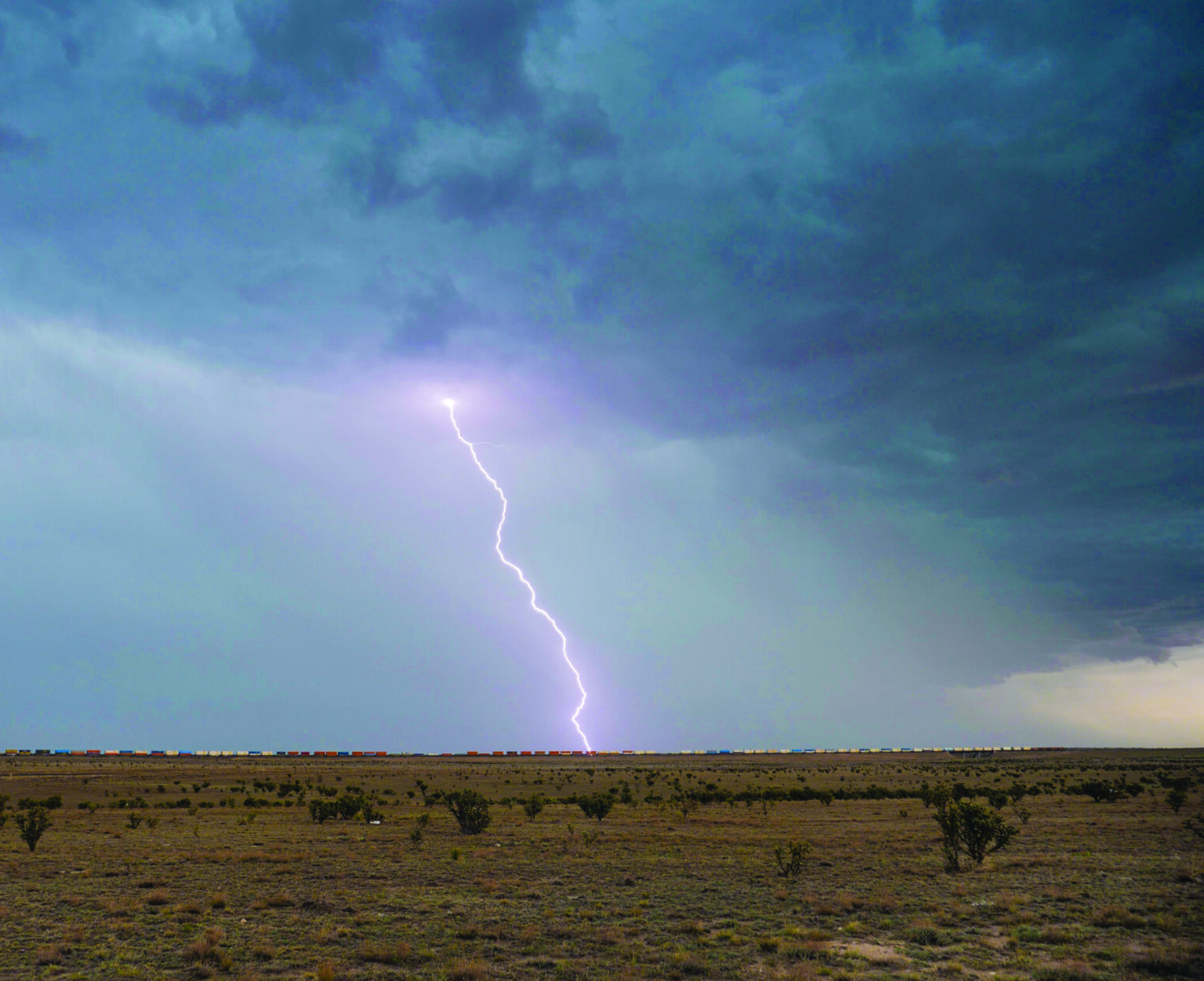 But I still got struck by lightning.

Actually, it was a bright day with light drizzle. I was standing in my basement finishing the hook-up of a new Chinook wind generator that I had raised on a 20 meter tower. Before hooking up the wiring I looked outside to check that the windgen blades were motionless and there was no wind because I did not want any current in the wires. The windgen is 46 meters away and connected to an underground cable that runs to my house’s mechanical room where the batteries and inverter are located. I was connecting the incoming wire to a shut-off switch and had the end of the 46m cable in one hand and the grounded aluminum shut off box in the other hand. They were separated by about 15 inches. Then BAM! I felt a surge of current pass through my body and saw a bright flash of electricity between the wire in one hand and the shut-off box in the other.

After recovering from the shock and awe, no pun intended, I went outside again to look at the wind turbine and it was still stationary. The drizzle had become a light rain, and I could hear some distant thunder. After much contemplation involving some worldly spirits, I realized that the 46m of underground wire had likely been hit by a lightning transient. It had me puzzled for a while because there was no source of electricity connected or generated by the windgen. I had never directly experienced a lightning transient, but this was by far the largest arc flash of electricity I have experienced and the most intense electrical shock. Luckily, I had been wearing rubber-soled shoes, and I believe most of the electrical current went to the connected ground on the shut-off box.
I have had several customers in recent years who have experienced equipment failures attributed to electrical surges possibly resulting from lightning, dirty power from a cheap generator, or even from the utility power line during a power outage and reconnection. These failures are usually quite expensive involving the replacement of inverters or other sensitive electronics.

Part of understanding lightning is realizing that damage often occurs, not as the result of a direct strike, which can be devastating, but from transients or overvoltages of electricity that transmit from up to 16 km away. This is often farther than thunder travels, so you may be completely unaware of the event. These transients may follow a local power line to an underground cable or tower mast because they are convenient paths of conductivity. The resultant surge can move through your household wiring and even continue into the power lines if you are connected to the
utility grid.

In designing renewable energy systems, I always recommend that a surge suppressor should be connected on both the DC and AC lines of all power components and at a solar array or wind generator if it is located more than 5m from the house. This advice applies whether you have an off-grid system or just everyday household grid power.

A properly engineered surge suppressor is designed to recognize higher-than-normal voltage occurring in a circuit, and within milliseconds it will clamp the voltage to acceptable limits and redirect overvoltage to a ground connection.

A company called Midnite Solar makes excellent surge protector devices that can be used on any components and are reasonably priced. I have Midnite surge protectors on my DC and AC solar arrays and at the inverter and the main utility panel. But because the windgen was a work in progress, I did not have one at the tower or on the incoming line from the windgen. So, now I have a story I can tell my grandchildren: “Did you know grandpappy was once struck by lightning and survived? It was a close call! Hey, are you listening, you little brats? Get off that iPhone!”

Ron Young is a renewable energy specialist who owns the earthRight store in Williams Lake, established in 1993. A series of articles on the basics of solar energy can be found on his website: www.solareagle.com. Copyright Ron Young 2021.