Tŝilhqot’in Community Radio – A Tool to Enrich Culture and Communication 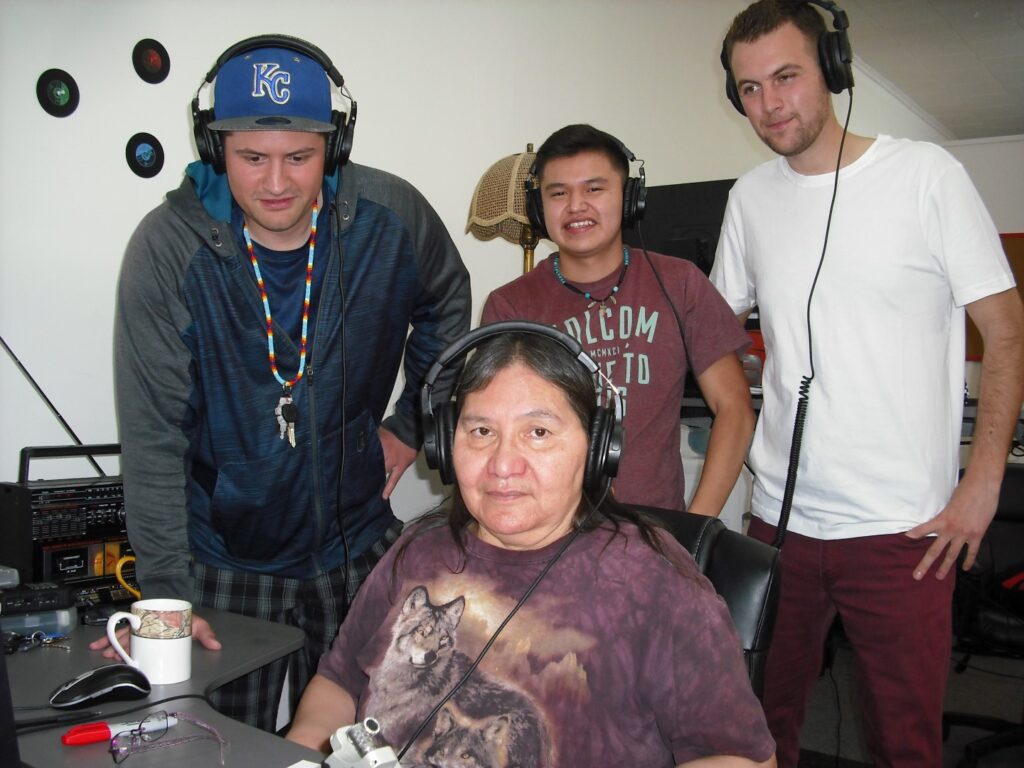 Tŝilhqot’in Community Radio 104.5 FM will celebrate its official launch on Aboriginal Day, June 21. The event will occur simultaneously in the six Tŝilhqot’in communities of Tl’eŝqox, Yuneŝit’in, Tl’etinqox, ʔEŝdilagh, Tŝi Deldel, and Xeni Gwet’in, as well as in Williams Lake at 79 Third Avenue North.

For nearly two years now Tŝilhqot’in Community Radio has been gaining momentum and putting the pieces together to become an important voice for the nation and broader indigenous community.

“We were inspired by the success of Nuxalk Radio 91.1 FM in Bella Coola as a tool to keep their language and culture alive,” says Graham Gillies, director of radio operations. “Every day they repeat the Nuxalk language over the radio waves.”

“We wanted to see how it would work on the landscape,” says Gillies

They got permission to broadcast from the regulator, Canadian Radio-television and Telecommunications Commission (CRTC), and in April 2018 they received funding from Industry Canada to go ahead with the project.

The plan now is to upgrade to 30-watt transmitters in all six communities and the Williams Lake base station to improve the quality and range of the broadcast, Gillies says. After the launch you will be able to listen to Tŝilhqot’in Community Radio online at www.tsilhqotinradio.com.

The mission statement of the radio network is to support the revitalization and restoration of the Tŝilhqot’in language and culture while building on the need to discuss relevant Indigenous issues on a shareable platform. “The radio will foster a feeling of connection between the six communities and reach many Tŝilhqot’in members who live off-reserve,” Gillies says.

One of the great benefits of the community broadcasting service is the opportunity to create a repository for valuable cultural and historical knowledge. Contributors Maria Myers, Tracy Elkins, Mary Setah, Tina Setah, and Bella Alphonse have stepped forward to record old stories and translations for the radio audience.

Alphonse is one of the foremost Tŝilhqot’in language specialists. She says radio fits in nicely with the ancient tradition of storytelling.

“Traditionally stories were told in the evening once all the daily work had been accomplished,” she says. “In the daytime there was no time to tell stories.”

She says in accordance with the ancient protocol, stories need to be told and passed down.

“Behind every story there’s a teaching,” says Alphonse, who has received training for interviewing and recording people’s stories and entering them into the computer database. “I have all the equipment to interview anyone for the radio,” she says.

One of Alphonse’s special projects is recording and translating the stories of Livingston Ferrand from his book, Traditions of the Chilcotin Indians published in 1900.
“These were stories my grandmother Mabel told me when we were growing up,” said Alphonse.

Equally exciting is the work of Maria Myers translating and reading the stories of her mother Helena William Myers and other elders.

Maria, who played a major role in her filmmaker daughter Helen Haig Brown’s award-winning film The Legacy, brings her mother’s transcribed stories into the studio and reads them over and over, working with Aaron Plahn until they are radio-ready.“Then I read it for the broadcast,” she says.

Maria says people across Tŝilhqot’in territory have their own stories and different versions of the same story.

“Different people remember different details,” she says. “The stories told by Elizabeth Jeff from Redstone are different from stories told by my mom, who grew up in Xeni Gwet’in. One story about the loon, I learned the Dakelh had that same story.”

There’s something powerful and exciting about hearing the Tŝilhqot’in language spoken over the radio waves.

By recording these stories and encouraging other Tŝilhqot’in speakers to step forward to share stories of their own, Gillies sees the potential of establishing an historic interactive data base that will be a lasting legacy for the Tŝilhqot’in Nation.

There is an urgent need for more conversation and education around issues like reconciliation and Indigenous land title. Tŝilhqot’in Community Radio provides that platform.

Sage is a freelance writer and lives in Williams Lake with his partner, Caterina. He has been enjoying the rich cultural life that is the Cariboo Chilcotin Coast since 1973.