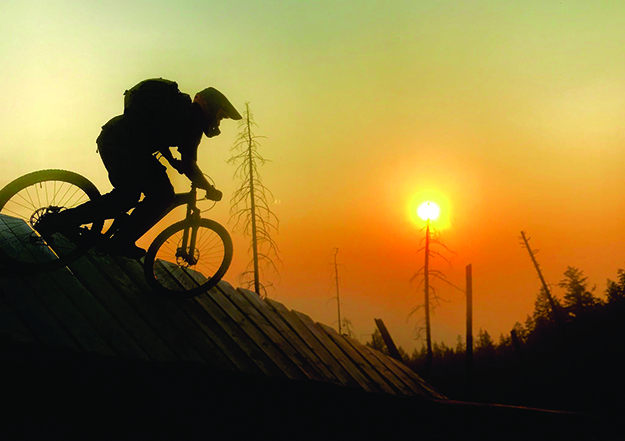 Submitted by Rail Ties Be Wise –

A ten-year Electricity Purchase Agreement (EPA) approved Oct 1, 2019 between Atlantic Power Corporation and BC Hydro will allow the burning of more than 2.4 million toxic rail ties per year at an energy plant in Williams Lake, beginning as early as September 2021. This comes despite a concerted effort by local citizens to oppose the Ministry of Environment’s decision to allow rail ties
as fuel.

The rationale for accepting rail ties as a fuel source is the projected shortfall of available clean wood fibre to run the plant. The EPA stipulates that rail ties treated with creosote or pentachlorophenol (PCP) can make up 50 per cent of the fuel stock daily or 35 per cent annually. In contrast, Washington state completely prohibits the burning of PCP contaminated ties, and both Washington and Oregon will not allow the burning of rail ties for public power. Other communities, such as Kamloops, have rejected the use of rail ties for energy production.

Rail Ties Be Wise (RTBW) is a citizens group that formed in 2016 to oppose Atlantic Power’s application with the Ministry of Environment for a permit to burn retired rail ties in its Williams Lake plant. The group pursued every possible legal avenue and supported citizen appeals of the permit during the Environmental Appeal Board process. The group also identified concerns about the leaching, stability, and airborne particulate dangers of the energy plant’s ash disposal site located on the escarpment above Williams Lake river valley. These concerns were dismissed by the board.

As a result of RTBW efforts, only 35 per cent of the fuel burned annually can consist of rail ties, not the 50 per cent originally requested in the application. The board also implemented RTBW demands that Atlantic Power must participate in air quality monitoring with other stakeholders and publicize results on the internet. An additional air quality monitoring station is to be set up, and monitoring will be carried out for one year to establish baseline emission levels before any rail tie burning is permitted.

Rail Ties Be Wise pinned its hopes on the BC Utilities Corporation turning down the rail tie burning proposal in compliance with the Clean Energy Act. However, the provincial government issued an Order-in-Council exempting the EPA from BCUC scrutiny.

Rail Ties Be Wise was supported by stakeholders in the forest industry working to create employment and revenue by selling waste wood from logging operations to the energy plant. The Cariboo Chilcotin Teachers Association also expressed concern. Members of Rail Ties Be Wise met with the Deputy Minister of Environment and representatives from BC Hydro and the Ministry of Mines and Energy, presenting 1450 petition signatures and postcards from the Williams Lake community opposing this project. Many individuals also voiced their concerns.

Numerous questions and concerns arise around importing, processing, and burning rail ties in a valley with an urban population—not the least of which is the impact of emissions and incremental toxicity on human and environmental health. Other concerns include the toxicity of the ash residue, its susceptibility to wind dispersal, and the stability of the ash storage landfill site.

The forest industry is currently supplying the plant with clean wood fibre from logging and wildfire debris. If it’s more profitable for Atlantic Power to burn rail ties over other abundantly available clean sources, these jobs could be lost.

If Williams Lake becomes known as the Rail Tie Burning Capital of Western Canada, the tourism industry and property values will likely be affected. Retirees and professionals – such as teachers, lawyers, doctors, and engineers – may not want to relocate or remain here with their families.

Atlantic Power may have won its legal right to burn rail ties in Williams Lake plant, but does it have the social licence?

If the people of Williams Lake are concerned, they need to make their voices heard.

If you care about these issues and would like to get involved, join the Rail Ties Be Wise Facebook page or join the email list at wlrailtieinfo@gmail.com to stay informed of developments and actions.
Rail Ties Be Wise is not giving up. -GG